"The principal reason why clandestine numbers are up is that official resettlement routes are shut,” Lord Kerr said. 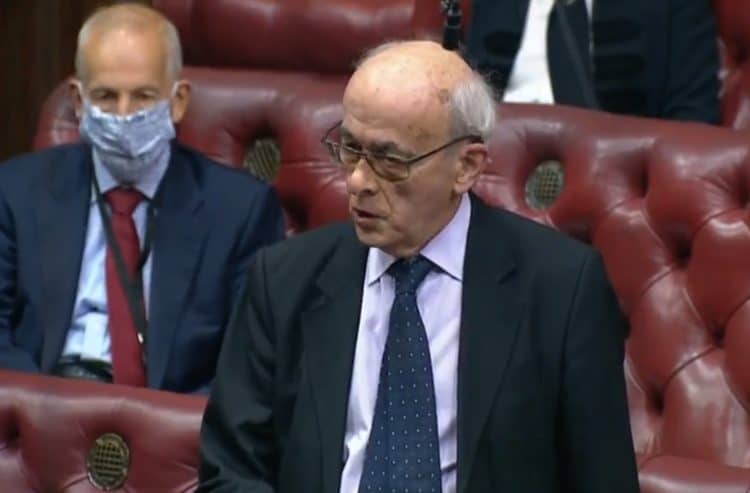 A House of Lords speech by a former UK ambassador to the US has resurfaced on social media.

Lord Kerr of Kenlochard discussed his thoughts on the migrant issue just hours after it was reported that 27 people had died crossing the Channel last year.

“I would just like to contribute three sets of facts,” the crossbench peer said. “First, overall refugee numbers [are] currently running at about half of where they were 20 years ago.

He then moved on to small boat numbers, which he conceded were up, “partly” because of “the fences, the patrols [and] the heat sensors around the train tracks and marshalling yards” driving people towards “the even more dangerous sea route”.

“But the principal reason why clandestine numbers are up, is that official resettlement routes are shut,” he added. “Our schemes, in practice, no longer exist.

New figures show more than 13,000 migrants have crossed the English Channel since Priti Patel announced her plan to send asylum seekers to Rwanda.

According to the Ministry of Defence, 176 people made the crossing on five small boats on Sunday, bringing the total to 13,016 since April 14.

It brings the total number of people who have crossed the English Channel so far this year to 18,284.