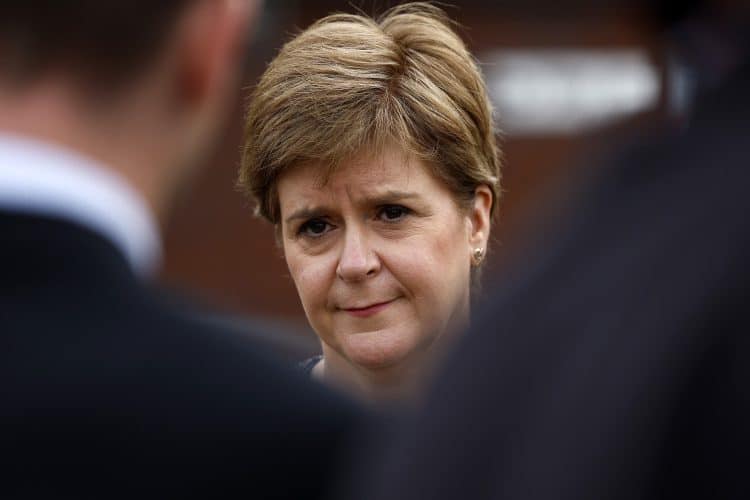 Scotland’s First Minister has called for an urgent meeting between the heads of the devolved administrations to address the cost-of-living crisis.

In a letter sent on Monday, Nicola Sturgeon urged the Prime Minister to move a proposed meeting between the heads of the UK’s Governments from September to this week.

Last week, the Bank of England announced projections that could see inflation rise above 13 per cent in October, while another projection found that the energy price cap could rise to £3,358 annually from October, and could hit £3,615 from January.

Many of the “levers of government” required to tackle the issue remain reserved to Westminster, the First Minister said in her letter, adding that actions taken by devolved administrations “will not be enough”.

“You suggested a first meeting of the Heads of Government Council to take place in September,” the First Minister wrote.

“However, as I am sure you must recognise, the situation is fast deteriorating and many people across the UK simply cannot afford to wait until September for further action to be taken.

“I am therefore writing to seek an emergency meeting of the Heads of Government Council and propose that we, as leaders of our respective Governments, meet as soon as possible this week to discuss and agree urgent steps to help those in most need now, and also formulate a plan of action for the autumn and winter ahead.”

She added: “The current crisis requires clear, focused and determined leadership and co-operation to develop and deliver – at pace – a package of interventions to protect those most impacted.

“The Scottish Government recognises our responsibility and is committed to doing all we can.

“However, we cannot respond on the scale required without action by your Government.

“Such action is needed now and I will make myself and my officials available so that a meeting can take place this week.”

In her letter, the First Minister stressed that “targeted” support was necessary for the most vulnerable, while hitting out at tax cuts proposed by those vying to succeed Boris Johnson in No 10.

“While few will escape some impact of the cost-of-living crisis, these impacts are not being experienced evenly,” she wrote.

“That is why the focus must be on providing targeted support to those most adversely impacted, rather than an irresponsible reduction in broad-based taxes which will benefit the relatively better off over those most in need.

“It is also vital that any tax cuts introduced by the UK Government do not result in tighter controls on spending which will impact on delivery of public services already under immense pressure.”

Writing for the Daily Record newspaper on Monday, the former prime minister issued a plea for “urgent measures” to cover further rises in fuel bills amid “millions standing on the edge of a financial precipice”.

He urged Boris Johnson to unite with Tory leadership hopefuls Liz Truss and Rishi Sunak to prepare and agree on an emergency budget – or face growing pressure to recall Parliament and force them to do so.

Mr Brown said: “With millions standing on the edge of a financial precipice, we call for urgent measures to cover the cost of a further £1000-plus rise in fuel bills on top of April’s already painful increases.

Mr Brown said: “Cobra, the UK Government’s disaster emergency committee, should be in permanent session to deal with the coming fuel and energy crisis.

“Even if Boris Johnson has gone on holiday, his deputies should be negotiating to buy new oil and gas supplies from other countries and urgently creating the extra storage capacity we currently lack.

“We should be persuading homes and buildings, as Germany is now doing, to cut back on energy usage wherever possible in the hope we can prevent formal rationing.”

He also said that Boris Johnson, Rishi Sunak and Liz Truss should get together to plan and agree an immediate Budget to prevent a “winter heating catastrophe”.

The current leadership race, the former prime minister said, has created a vacuum at the top of government.