The Centre for Social Justice is calling for a "special fiscal event", funded by above-forecast tax receipts, to ease the strain on cash-strapped households. 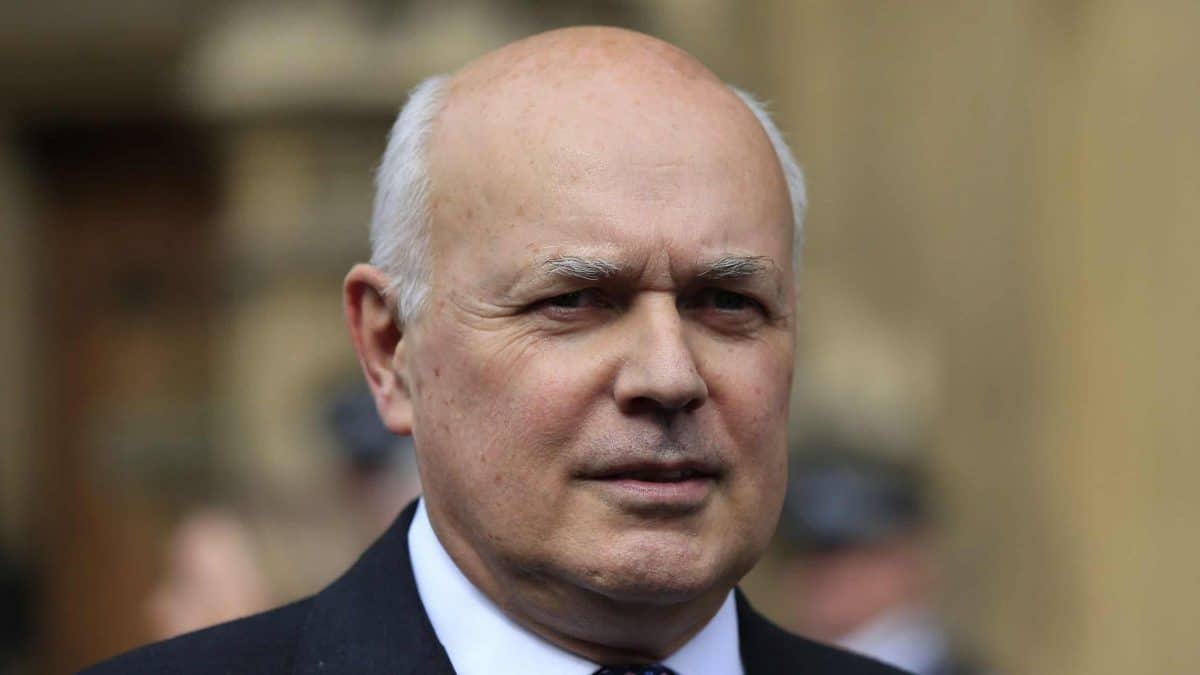 Former Tory leader Sir Iain Duncan Smith has called for benefits to be immediately updated in line with inflation to provide a “shield” against the sting of mounting living costs.

He said rebates and discretionary funds represent “a step in the wrong direction for tackling poverty”, arguing it would be better to uplift Universal Credit (UC) as it “links benefits to work”.

It comes after Boris Johnson said he cannot “magic away” all the soaring food and energy expenses, as he came under increasing pressure to alleviate the cost-of-living crisis.

The Government is already handing out £150 council tax rebates for many homes and will take £200 off energy bills from October. But campaigners say this will not be enough for many people.

The recommendation to bring benefits in line with inflation is set out in new report from the Centre for Social Justice (CSJ) – a think tank founded by Sir Iain in 2004 – calling for a “special fiscal event”, funded by above-forecast tax receipts, to ease the strain on cash-strapped households.

UC payments rose by 3.1 per cent in April, in line with the Consumer Prices Index (CPI) rate of inflation in the year to September 2021.

Meanwhile, CPI inflation rose to 9 per cent in the year to April, Office for National Statistics (ONS) data signalled on Wednesday, up from an already high 7 per cent in March.

In its report, the CSJ says the Government should consider reviewing the rate of benefits quarterly, rather than annually, at least as long as the “current period of unusual inflationary pressure” lasts.

The think tank says the first increase should come at the end of June.

It claims that bringing UC in line with inflation would see over four million households gain an average of £729 extra support to stave off the cost-of-living crisis over the coming year.

As part of its package of recommendations, the CSJ is also calling for an increase to UC work allowances, which would provide “an effective tax cut” for 1.66 million poorer, working households, worth £733 million, or on average £442 each.

Sir Iain said: “The CSJ is calling for a special fiscal event to tackle this crisis, and to provide a shield against the worst of inflation for those most struggling.

“In UC the UK has a world-class social security system that is data-rich and effectively targeted at the households that need it most.

“Rebates and discretionary funds represent a step in the wrong direction for tackling poverty. UC links benefits to work, ensuring those that are able can move into and progress within employment. Thus it is a hand up, not a hand-out.”

He added: “While the decision to cut the UC taper in the autumn budget put £1,000 back into the pockets of three million claimants, much of its value will be wiped out by inflation. And it will do nothing to protect those who are not in work.

“With UC only uprated by 3.1 per cent in April, those who rely on welfare for their income will experience a 7 per cent cut.

“To prevent this, the Chancellor and Secretary of State for Work and Pensions should implement an emergency in-year uprating, bringing UC into line with inflation to ensure it covers the true cost of living.”

In addition, environmental levies should be absorbed into general taxation, and the energy price cap should be reviewed quarterly rather than every six months “to avoid cliff-edges in prices”, it said.

Last week, Mr Sunak said he was not able to raise the payments more than 3.1 per cent due to an old computer system that the Department for Work and Pensions uses.

The Institute for Fiscal Studies economic think tank has suggested the poorest households might be facing inflation of 10.9 per cent.

This is higher than average because they spend a larger portion of their money on heating and lighting their homes.

The Treasury and the Department for Work and Pensions (DWP) have been approached for comment.