Hammond said he felt “aggrieved” at the loss of the whip, adding that the “Conservative Party that I have served has always had room for a wide range of opinions and has been tolerant of measured dissent”. 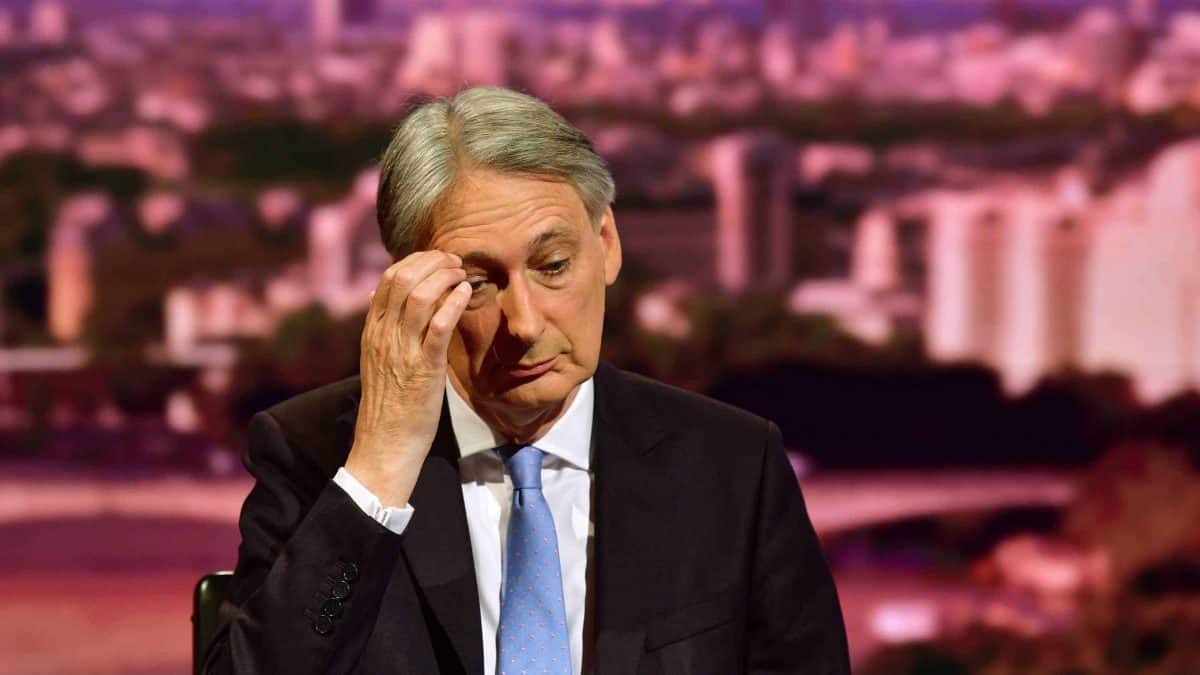 Former chancellor Philip Hammond has announced he will be standing down as an MP.

Mr Hammond had the whip removed by Boris Johnson after voting to block a no-deal Brexit and he was not one of the 10 Tories to be reinstated before last week’s General Election announcement.

It means he would not have been able to have stand as a Conservative candidate at the upcoming December 12 election or else face total expulsion from the party he has “supported all my adult life”.

Two decades in the House of Commons

With Parliament being dissolved for the election campaign just after midnight, Mr Hammond has called time on his two decades in the House of Commons.

He previously served as foreign, defence and transport secretary under David Cameron before being given the keys to Number 11 Downing Street by Theresa May.

He resigned the role after Conservative MPs chose Mr Johnson to replace Mrs May as Prime Minister and has been a critic of the new administration’s tactics since becoming an Independent.

It is with great sadness that I am today announcing my decision to stand down as Member of Parliament for Runnymede & Weybridge at the forthcoming General Election.
My letter to the constituents I have served for 22 years: pic.twitter.com/KW8KUOhM5I

Mr Hammond, who has been MP for Runnymede and Weybridge in Surrey since 1997, said he felt “aggrieved” at the loss of the whip.

“The Conservative Party that I have served has always had room for a wide range of opinions and has been tolerant of measured dissent,” the Remain campaigner said in his resignation letter to constituents.

“Many parliamentary colleagues have defied the party whip on occasions without any action being taken against them.

“But however aggrieved I feel at the loss of the whip, and however strongly I believe that we must deliver Brexit through a comprehensive trade agreement with the EU to protect British jobs and prosperity, I remain a Conservative and I cannot, therefore, embark upon a course of action that would represent a direct challenge in a General Election to the party I have supported all my adult life.”

The 63-year-old said he would remain an “active party member” and thanked his constituents for allowing him 22 years of service.

“It has been a pleasure to serve you and I wish you all every good fortunes for the future. I shall miss you greatly,” he said.