Britain is set to ramp up the number of surplus NHS ambulances sent to Ukraine. 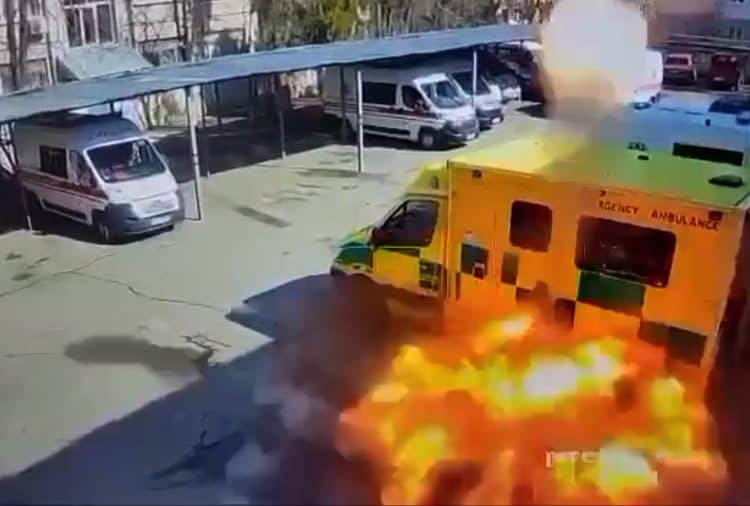 Footage has emerged of a former NHS ambulance being attacked by Russian artillery in Ukraine.

The vehicle, which had been sent to help with the war effort, was one of two donated by hospitals in Wales last month.

Dr Mateo Szmidt, a consultant at Merthyr Tydfil’s Prince Charles Hospital, told the BBC that it was “disheartening” to see it targeted.

“You want it to be there to help people, not for it to be destroyed,” he added.

Britain is set to ramp up the number of surplus NHS ambulances sent to Ukraine to replace vehicles destroyed in Russian attacks, the Government has said.

The Foreign Office said NHS trusts are expected to donate around 20 ambulances, with the first vehicles due to arrive in the country this week.

They include four ambulances being provided by the South Central Ambulance Service NHS Foundation Trust.

Foreign Secretary Liz Truss said: “The UK has been among the biggest aid donors, providing food, medicines and generators to help those affected.

“These world class NHS ambulances will now help bring lifesaving care directly to those injured in the conflict.”

Under the NHS’s national ambulance service fleet strategy, vehicles are taken out of service and replaced after five years.

Decommissioned ambulances are normally kept back for resilience, given to approved charities or sent to auction.