The Brexit Opportunities minister has written to readers of The Sun this week asking them for tips on his new role. 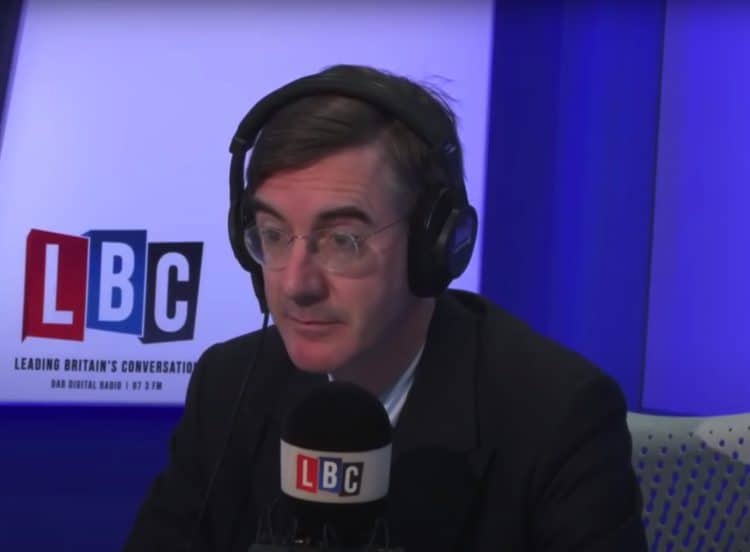 Flashbacks of a van driver challenging Jacob Rees-Mogg on the customs union have been making the rounds on social media after a new report found the ‘only detectable impacts’ of Brexit are costs, delays and paperwork.

Ciaran the courier, who tweets at @vanmaneuro on Twitter, went toe-to-toe with the MP for North East Somerset in 2018 after he expressed concerns over how his company would be affected if the UK leaves the Customs Union.

“Everybody will be affected”

After listening to Rees-Mogg’s answers, Ciaran told him: “There’s not one single White Paper that the government has yet produced on road transport, apart from permits for trailers.

“This is going to put small and medium-sized businesses out of business overnight. We won’t be able to compete and all you’re going to have is the large companies running it.

“I transport exhibitions, I transport car parts for just-in-time production lines, I do band work for concerts. They cannot go by truck, they must go by van.

“They rely on the smooth and frictionless transport over borders from Dover to Calais, where you do not stop to clear customs. There’s nowhere to stop and it will be an absolute disaster when it does.”

“I think the fears are being overstated”

Mr Rees-Mogg responded: “There will be a White Paper, there is a Bill on transport going through the House of Commons at the moment and the issue with driving licenses is at the forefront of the Department of Transport’s mind already and they have a solution in sight.

“I think the fears are being overstated.”

Rees-Mogg was handed the position of minister for Brexit opportunities and government efficiency in a mini-reshuffle by Boris Johnson this week.

He has since written to readers of The Sun asking them for tips on his new role.