He committed 'one million per cent' to maintaining the union with Northern Ireland. 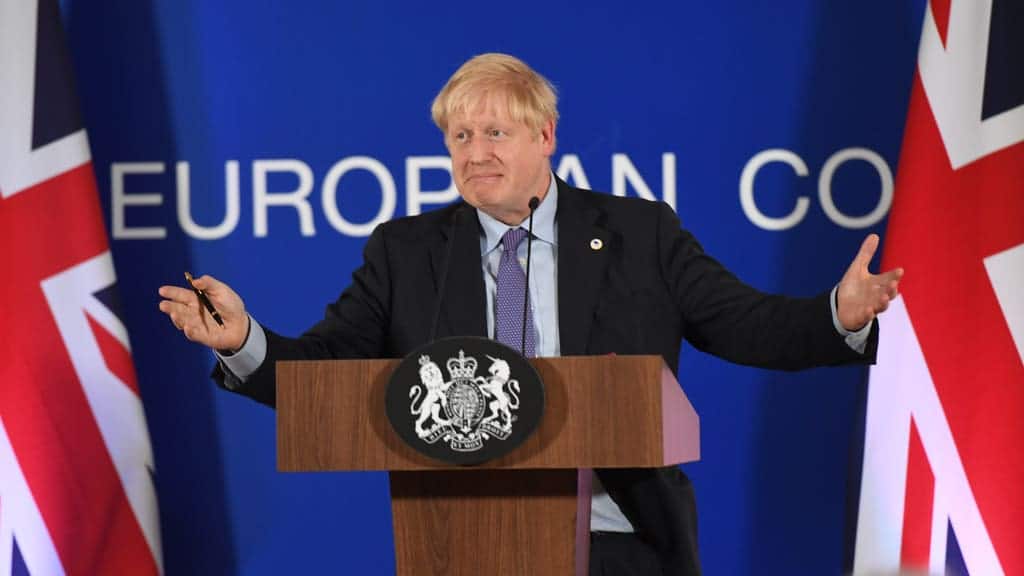 Footage of Boris Johnson dismantling claims that there will be a hard border in the Irish Sea has been making the rounds on social media as tensions continue to boil over in Northern Ireland.

Despite loyalists urging their communities to desist from protest activity following the death of Prince Philip, there continued to be small pockets of unrest last night.

There was a heavy police presence in the area overnight, with reports that stones were also thrown at officers in the nearby, nationalist area New Lodge.

Peace project “cracking at the seams“

Earlier this week politicians were warned that the peace project was “cracking at the seams” on the back of a Brexit deal secured in December which put a hard border down the Irish Sea.

Just one year earlier as Boris Johnson prepared to take the Conservatives into a general election, the prime minister said he was “one million per cent committed” to maintaining the union with Northern Ireland while dismissing claims that a border would have to be put in place.

When asked a question about a possible border in Ireland he said: “I believe in it passionately and there will be no border down the Irish sea.

“The whole point of our deal was to allow the whole UK to come out of the EU, whole and entire, but what the EU wanted was to offer a northern Ireland only backstop as they refer to it which would have kept Northern Ireland in the customs union, in the single market, forever.”

When asked if there would be a customs border down the Irish sea, the PM replied: “Absolutely not, if you read the agreement it says explicitly Northern Ireland is part of the UK customs territory.”

“Under no circumstances will I allow anyone to create any division down the Irish Sea” #Brexit pic.twitter.com/KjEYe4F0Ix