"He is now a responsible politician with huge responsibility," the veteran MP said. 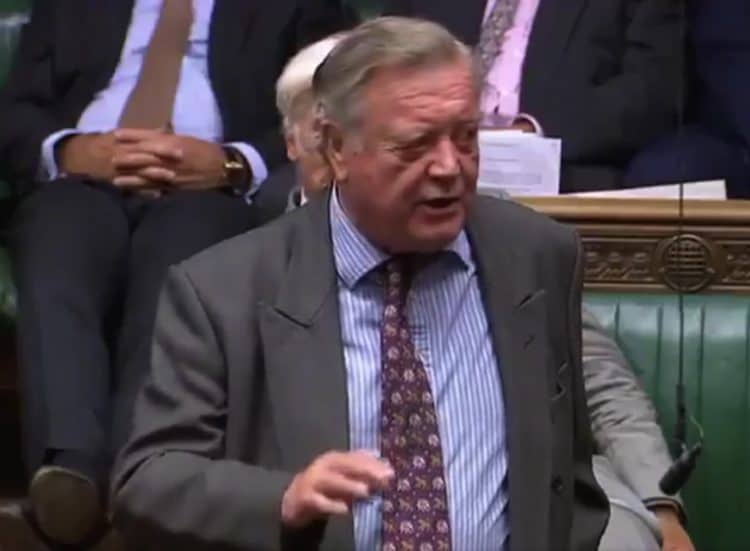 A clip of Ken Clarke dismantling the prime minister has been making the rounds on social media.

The former Conservative MP, who turned independent under Boris Johnson after going against the government in a key Brexit vote, said the PM should “stop treating all this as a game” in a blistering speech that seems to get more relevant by the day.

He said in the Commons: “With the greatest respect, I do think that the Prime Minister has a tremendous skill in keeping a straight face while he is being so disingenuous.

“The fact is that he is now desperate to have a general election in order to bring this House’s proceedings to an end, and to have the election, clearly, before October 31.

“He is obviously going to campaign before that on the basis that he has been thwarted in getting an amazing, beneficial deal for this country that is being blocked by wicked continental politicians and by MPs in the House of Commons who have no sense of the true national interest, which is to keep him in power.​

“It is wrong to say that those opposed to the Prime Minister are trying to reverse the referendum. A very large percentage of those who have been defeating him in the past two days are prepared to vote for Brexit. They voted for Brexit more often than he has.

“He caused delay in March and he caused delay in April when we wished to proceed on satisfactory, reasonable terms. We now have a Bill that is the beginning of a pathway to giving us more time for grown-up, sensible, diplomatic exchanges between each other.

“The idea that those in the European Union are refusing us a deal because they think that they are going to trap us in it permanently is nonsense.

“They are desperate to get a deal – of course they are – but not so desperate that they are going to accept terms that will cause chaos in Northern Ireland, politically and economically, and will shatter the normal rules that hold together the single market and the customs union upon which they are based.

“The Prime Minister has thrown down dramatic conditions that he must know make any sensible negotiations pointless unless he changes his direction.

“He is now Prime Minister. He is now a responsible politician with huge responsibility.

“I urge him one last time to stop treating all this as a game and to use the time available to get a serious resolution of these impossible problems to look after the future good will of this country, to keep us in a proper – no doubt different -relationship with our partners on the continent, and, in particular, to keep our economic and trading relationships intact, because they are essential for the future of our children and grandchildren.”

Ken Clarke(2019) – “I do think that the Prime Minister has a tremendous skill in keeping a straight face while he’s being so disingenuous.” pic.twitter.com/aSmvBYBJ6m