Sanna Marin was seen in footage posted on social media on Thursday dancing and lip-syncing a song at a party. 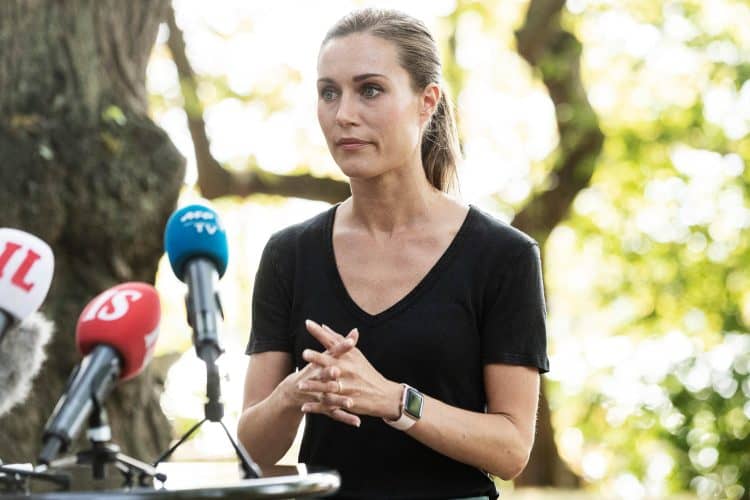 Finland’s prime minister Sanna Marin said she had taken a drugs test “for her own legal protection” after a video was leaked of her dancing and lip-syncing songs at a private party.

Ms Marin defended her actions, saying she drank alcohol with friends but did not do any drugs.

A video posted on social media on Thursday showed six people at a party dancing and lip-syncing a song, including Ms Marin. Later in the video, the 36-year-old prime minister is seen on her knees dancing while lip-syncing.

“I have taken a drug test for my own legal protection, the results of which will come in about a week,” Ms Marin told a news conference on Friday, according to the Hufvudstadsbladet newspaper.

“I didn’t do anything illegal”

Speaking in English, Ms Marin, the Nordic country’s youngest prime minister, said she did not have any government meetings that weekend and “I had some time off and I spent it with my friends. And I didn’t do anything illegal”.

It was unclear when the party was held.

But the video posted online comes after Finland decided to limit the number of visas issued to Russians beginning on September 1, amid a rush of Russian tourists bound for Europe.

Normally there are about 1,000 visa application appointments in Russia each day, according to the Finnish government, but that number would soon be limited to 500 a day.

Finland, Estonia and other EU countries bordering Russia have been pushing for an EU-wide ban on Russian tourists, but other EU leaders, including German chancellor Olaf Scholz, have dismissed the idea as counterproductive.

Despite bans on air travel from Russia to the European Union, Russians have been able to holiday in western Europe this summer by travelling by land through neighbouring countries with tourist visas that are valid throughout Europe’s border-free travel zone.

“Even decision-makers are dancing”

According to the newspaper, Ms Marin told reporters on Friday that “it should be accepted that even decision-makers are dancing, singing and partying” at times. She added “it’s up to the voters (to decide) what they think about it”.

Parliamentary elections in Finland are held every four years and the last one was held in April 2019.

Critics have noted that Finland, which shares a 832-mile (1,340km) land border with Russia, faces high electricity prices among other serious fallout from Russia’s invasion of Ukraine.

The country recently dropped its long-neutral stance and asked to join Nato.

Ms Marin has said previously that she would continue to have a personal life despite her job. In July, she attended a popular Finnish rock festival.

In December, she apologised after going out clubbing until 4am without her work phone, hence failing to be informed that she had been in close contact with a person who tested positive for Covid-19. She did not test positive.