"The migrant crisis is out of control, and the prime minister doesn't seem to care," he said, adding that he is definitely not a racist. 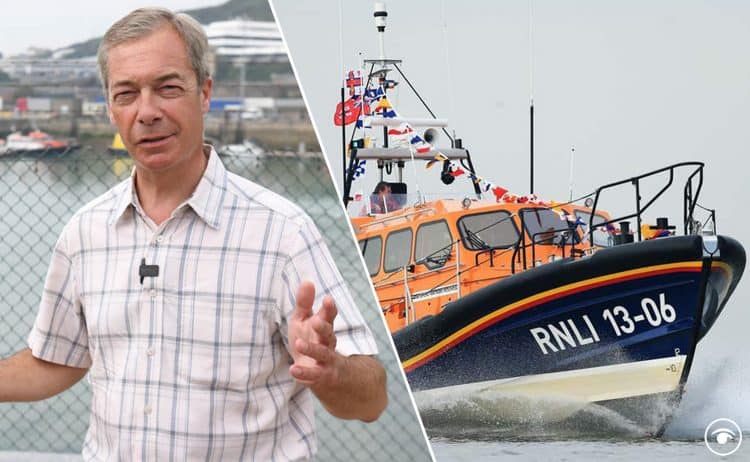 Nigel Farage is considering a return to frontline politics just months after declaring he “won’t be involved any longer”.

The former UKIP and Brexit Party leader made the announcement in the Telegraph, writing that over the last few weeks he has been approached by “several high-ranking donors” asking him to return to the political arena.

He said the “migrant crisis is out of control and the prime minister doesn’t seem to care” before pointing out that he is definitely not a racist, even though the “Twitter mob” might think so.

Citing unfounded links to terrorism, Farage said that on Saturday he had watched 45 young men land on a shingle beach in Kent.

“Did some of them fight for Isis? The answer is that we will almost certainly never know. None of them had identity documents,” he said.

He also cited the Liverpool suicide bomber,Emad Al Swealmeen, as proof that deportation has become a very rare phenomenon.

“If this is what the Left calls “diversity”, I can assure them that the vast majority of us don’t want it”, he said, before calling on Boris Johnson to curb the “systematic importation of people, some of whom hate us and our way of life.”

In March, Farage – who tried and failed seven times to become an MP – claimed his legacy was complete with Britain out of the EU.

He told his 1.6 million Twitter followers in a 10-minute video: “I will continue to play my part through the media, social media and new projects.

“My thanks go out to the many millions that helped change the course of history forever.”