The SNP would continue to be the third largest party in the Commons, with 55 MPs, the poll predicted. 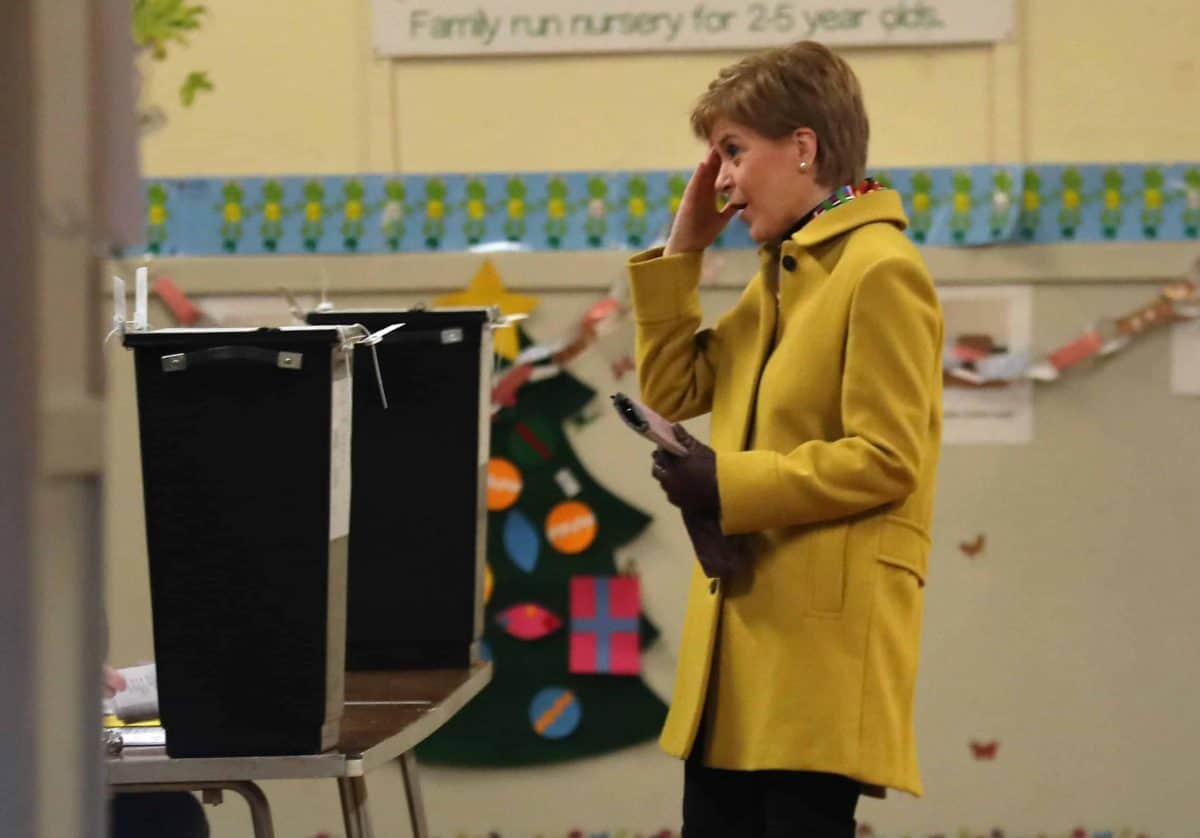 The SNP could be set for a second landslide at Westminster, as an exit poll predicted Nicola Sturgeon’s party could win 55 seats north of the border.

The joint Sky/BBC/ITV poll also forecast Boris Johnson is on course to win an overall majority of 86 in the House of Commons.

According to the forecast, the Tories could return 368 MPs to Westminster, with 191 for Labour.

The SNP would continue to be the third largest party in the Commons, with 55 MPs, the poll predicted, while Jo Swinson’s Liberal democrats would have 13.

Ms Sturgeon said while the exit poll “suggests a good night” for the SNP, she added that “what it indicates UK wide though is grim”.

If the SNP was to win 55 of the 59 Scottish seats up for grabs, it would be the party’s second best ever result – and only one fewer MP than they secured in 2015, when they won all but three seats north of the border.

The poll suggests both Labour and the Scottish Conservatives could be in for losses north of the border, with the Tories having won 13 seats two years ago, while Jeremy Corbyn’s Labour secured seven Scottish MPs last time round.

The exit poll predictions were published just as voting closed at 10pm on Thursday.

Ms Sturgeon thanked all those who had backed her party at the ballot on Twitter.

It comes at the end of an election campaign which had focused heavily on the key constitutional issues of Brexit and a second Scottish independence referendum.

Ms Sturgeon, the Scottish First Minister, has already pledged to send a letter requesting Holyrood be given the power to hold a fresh ballot on the issue to the new prime minister before Christmas.