The initial decision to allow the infection to spread unchecked was in breach of Article 2 of the European Convention on Human Rights, campaigners say. 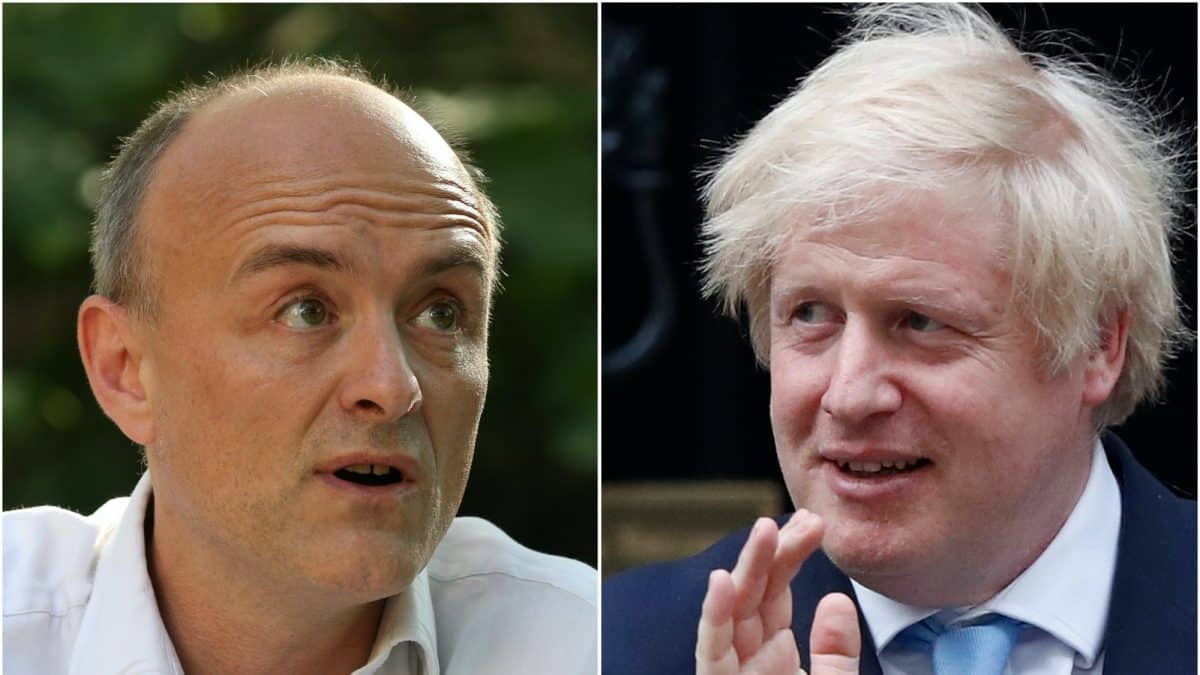 Campaigners are preparing to bring a private prosecution against senior cabinet ministers, including the prime minister, after allegations that the strategy of herd immunity resulted in “avoidable deaths”, TLE can reveal.

It comes after one of the UK’s most senior scientists criticised the government for what he described as a “shroud of secrecy” being drawn over major decisions during the coronavirus crisis, and has urged ministers to be more open about the reasons behind their policies.

One campaigner, who wishes to remain anonymous, told TLE: “We believe that the initial government decision to allow the infection to spread unchecked throughout the UK population was criminal.

“The campaign will begin by raising sufficient funds to seek a legal opinion on the steps we must now take to begin a prosecution for misconduct in public office of all those responsible.”

Article 2 of the European Convention on Human Rights

A complaint was lodged in July with Kathryn Stone, the Parliamentary Commissioner for Standards, who was invited to suspend and investigate Boris Johnson as an MP on the basis that he had presided over the controversial ‘herd immunity’ policy which, the campaigners argue, breached Article 2 of the European Convention on Human Rights.

The Commissioner’s office responded to the complaint, explaining that an investigation can only be launched if MPs have broken the rules of conduct that apply to them as a result of their membership of the House of commons.

A spokesperson added: “Such matters of government policy sit outside the Commissioner’s remit to investigate, and therefore would be unable to open an investigation.”

But as TLE has since discovered, by refusing to take action against the Prime minister under the Code of Conduct for Members of Parliament, the Parliamentary Standards Commissioner overlooks the terms of Paragraph 16, which states: “Members shall never undertake any action which could cause significant damage to the reputation and integrity of the House of Commons as a whole, or of its members generally.”

“Take it on the chin”

The public interest in herd immunity is highlighted in its reported nurturing by the government weeks after evidence began to appear of the cost to lives, and despite any real scientific validation.

In an interview for This Morning on March 5, the prime minister said: “One of the theories is, that perhaps you could take it on the chin, take it all in one go and allow the disease, as it were, to move through the population without taking as many draconian measures.”

Despite denials from Health Secretary Matt Hancock in an interview with Andrew Marr on BBC One, disclosures made in a Channel 4 Dispatches documentary revealed that the prime minister had spoken with his Italian counterpart Guiseppe Conte during which, according to Italy’s health minister, Pierpaolo Sileri, Boris Johnson made the disclosure that he wanted herd immunity in the UK.

David Wolchover, a criminal barrister at Ridgeway Chambers and the author of a detailed study of the herd immunity issue said: “It would be difficult to envisage actions more likely to bring the House of Commons into grave disrepute than that the prime minister – the leader of the Majority Party in the House of Commons, the Party of government – should have used his office, an office held by virtue of his being his party’s leading member in the Commons, mischievously to pursue a policy which he had enough information to know would lead to the deaths of untold numbers of his fellow citizens when there was a clear choice to pursue an alternative policy which would have limited the loss of life.”

Despite dire warnings about the dangers of coronavirus having been issued by the Scientific Pandemic Influenza Modelling (SPI-M) committee, the government failed to establish a programme of targeted testing of those arriving from known infection hot-spots in the early stages of the pandemic.

The implementation of such a strategy could have greatly contributed towards stemming the risk of the “exportation of presymptomatic cases,” says Professor J. T Leung who is currently forecasting the potential international spread of the coronavirus outbreak.

Responding to claims of government inaction, Culture Secretary, Oliver Dowden, claimed in an interview on BBC Breakfast that “there’s not a silver bullet of just testing immediately at the border,” a reference to the supposed lack of any viable alternative to a 14-day quarantine on passengers arriving from Spain.

However, some have argued that whether deliberately or through ignorance, Dowden was confounding incubation of the symptoms of Covid-19 and the time to “viral load,” when infection will become normally detectable by swabbing – a period of not more than a day at the very most. According to medical experts, infected asymptomatic travellers from Wuhan to the UK would have taken that time in transit.

In a stark judgement of the government’s response to the virus, Professor Devi Sridhar of Edinburgh University’s department of global health noted that, despite having had a head start of eight clear weeks in which to prepare, ministers squandered the opportunity and by dithering and a lack of transparency, caused the loss of untold lives that could have been saved.

Critics, however, have argued that the government’s actions do not represent failure, but rather a deliberate policy of minimalism, with the policy of herd immunity resembling a rationale for senior ministers to avoid the implementation of measures that would result in both political and economic disruption.

In an interview with Nafeez Ahmed for Byline Times, Dr Jason Hickel suggested that the reason the government chose to pursue what he called a “destructive policy” of herd immunity was because “they feared that rapid action would take a toll on the economy; they were literally weighing GDP and stocks against people’s lives.”

According to Wolchover: “Until the change of direction was decreed in the second half of March, the policy of eschewing such means of infection suppression was rejected in favour of permitting the infection rate to explode, accommodating the consequent dire mortality projections and the enormous strain on the health service.”

He added: “Given the government’s woeful performance over the provision of PPE, ventilators and a comprehensive testing, contact-tracing and quarantining programme it may be inferred from there having been given a broad indication of the mortality projection not later than early February, that they sought to justify their laissez faire approach to the crisis by telling themselves that it did not matter because what they were really aiming to achieve was preservation of the market justified by the herd immunity doctrine.”

The revelation that the government had adopted a policy of ‘herd immunity’ attracted widespread condemnation within the scientific community, and the wider public.

In an attempt to deflect negative attention, Matt Hancock denied that the government was applying a herd immunity regime in an article for the Sunday Telegraph.

In it, he stated: “We have a plan, based on the expertise of world-leading scientists. Herd immunity is not part of it. That is a scientific concept, not a goal or a strategy”.

However, based on reports in the Sunday Times, Dominic Cummings had been an enthusiast for herd immunity, having outlined its strategy at a private engagement at the end of February. But at a SAGE meeting on March 12, a moment now dubbed the ‘Domoscene conversion’, Cummings allegedly changed his mind on the policy.

Yet, according to Wolchover: “The truth is that Cummings remained resolutely committed to the herd immunity strategy and was not put off by the projection.

“It was only when the government was forced on to the back foot by the outraged reaction it engendered after the projection became public knowledge that they realised that they had to be seen to disavow it.

“In short, it was the adverse publicity which triggered a claim that it was not policy. The ‘Domoscene conversion’ is simply not credible.

“If Cummings had genuinely suffered a terrible bout of anguish over the mortality projection it would surely have happened weeks earlier than March 12 when he must have first learnt of it, certainly not later than February 27 but probably much earlier than that.

He added: “The idea that it took Cummings two weeks at least to see the light after the mortality projection was enunciated is simply too incredible for words.”

A breach of the ‘Right to Life’

As part of their legal challenge, campaigners argue that the government’s pursuit of ‘herd immunity’ breaches Article 2 of the European Convention on Human Rights.

They added: “The very large number of UK deaths are as a result of an initial government decision to allow the viral infection to spread unchecked throughout the population in an attempt to build up herd-immunity.”

David Wolchover argues: “If it can be established that the government determined on a policy of not striving too energetically and that they wilfully sought to justify their inaction on the herd immunity doctrine the claimants might well succeed in establishing a causal nexus between the policy and deaths from Covid-19

“It would therefore follow that they violated each deceased person’s Article 2 right for which compensation would be warranted.”

He added: “Even if one were to stop short of characterising the crime as manslaughter of the many thousands of victims (if not their murder) it is arguable that the actions of the senior cabinet and their responsible associates amounted at the very least to the common law indictable offence of misconduct in public office, a crime carrying a maximum penalty of life imprisonment.”