This includes “the limited vocabulary, the simplicity of the messaging, the disdain for political correctness, the sometimes incendiary imagery, and the at best intermittent relationship with facts and the truth” 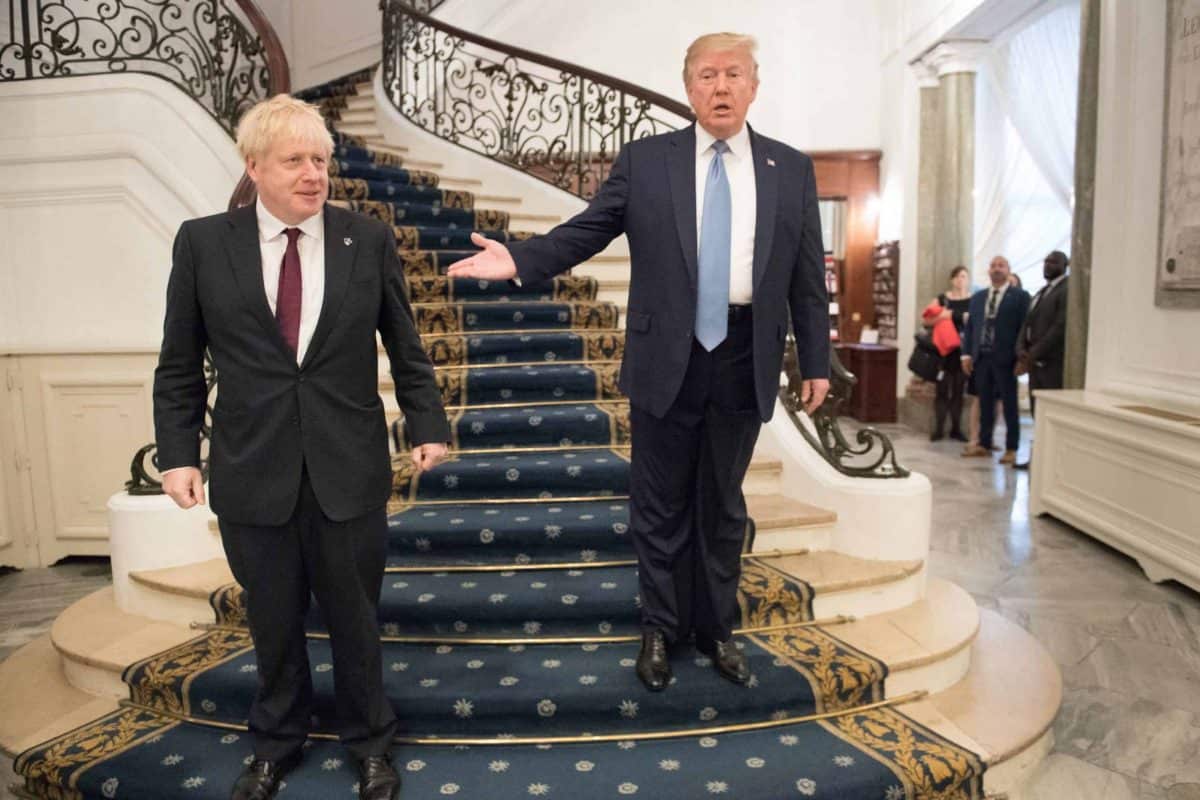 Former British Ambassador to the US Lord Darroch says Boris Johnson is fascinated by Donald Trump, has probably been inspired by the US president, and is intrigued by his American counterpart’s patchy relationship “with the facts and the truth”.

In a new book serialised in The Times, Lord Darroch also said Mr Johnson must share the blame for his resignation as ambassador to Washington, which followed the leaking of diplomatic cables disparaging Mr Trump.

Lord Darroch wrote that Mr Johnson had been “fascinated” by Mr Trump on visits to Washington as foreign secretary before he became Prime Minister, with particular focus on the president’s use of language.

This includes “the limited vocabulary, the simplicity of the messaging, the disdain for political correctness, the sometimes incendiary imagery, and the at best intermittent relationship with facts and the truth”, the former diplomat writes.

In an interview accompanying the excerpts, Lord Darroch was asked if any of those characteristics had rubbed off on Mr Johnson.

“From what I hear from colleagues,” he replied, “this Government pays a lot of attention to presentation, to language.

“But if you go back through the current Prime Minister’s history, he’s often said quite striking things. And he never apologises.

“So, Boris might have done this anyway, but certainly, having watched Trump in action, he wouldn’t have been put off.”

Mr Trump had also considered Mr Johnson “a kindred spirit”, according to the former ambassador.

Lord Darroch also says he told Mr Johnson he was partly to blame for his resignation from his Washington post, following the leaking of a cable in which the ambassador said Mr Trump was “inept” as president.

Mr Johnson, who was then running for the Conservative leadership, repeatedly refused to say he would keep him in the post during a TV debate on July 9 last year.

Lord Darroch resigned the next day and spoke with Mr Johnson by phone.

“He said: ‘But why did you resign? Wouldn’t it all have blown over after a few weeks?’” Lord Darroch told the paper.

In answer to Mr Johnson’s question as to whether the resignation was his fault, Lord Darroch told him that “in part it was”.

After Lord Darroch left the diplomatic corps following a distinguished 42-year career, Mr Trump fired back with a range of epithets, calling him “the wacky ambassador”, “pompous”, and “a very stupid guy”.