Ex-chief whip Andrew Mitchell is leading a push to ensure new legislation makes up the shortfall left by the cut to the UK’s official development assistance. 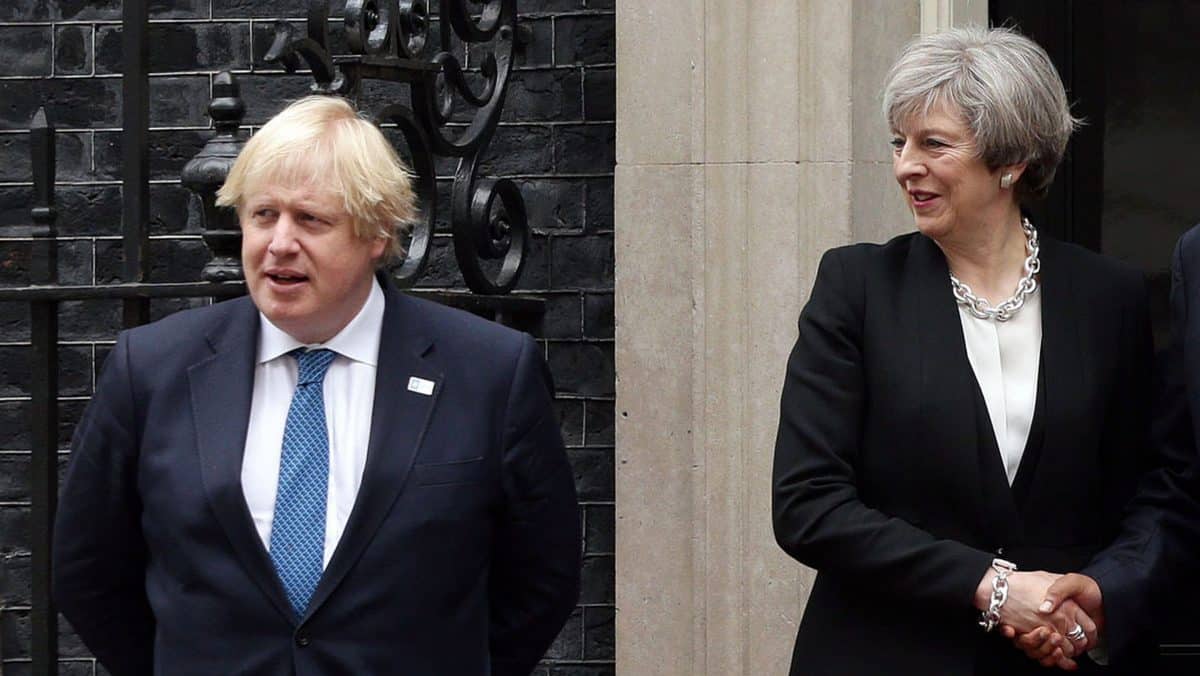 Boris Johnson is facing a major Commons rebellion over his controversial plans to slash foreign aid, with former prime minister Theresa May backing a growing bid by Tory rebels to force the prime minister into a u-turn.

Conservative former chief whip Andrew Mitchell is leading a parliamentary push to ensure new legislation makes up the shortfall left by the cut to the UK’s official development assistance.

Up to 30 Tory backbenchers, including former foreign secretary Jeremy Hunt and ex-aid minister Sir Desmond Swayne, have backed the amendment so far. May’s former deputy Damian Green and Johnny Mercer, who recently resigned as defence minister, also added their names to an amendment.

The number could grow given the backlash created by the policy in recent months, raising the prospect of a humbling Commons defeat for the prime minister.

Johnson has been criticised by MPs on all sides for temporarily reducing foreign aid from 0.7 per cent of national income to 0.5 per cent and thereby shelving his 2019 manifesto commitment to maintain spending at the higher rate.

Mitchell has tabled an amendment to the Advanced Research and Invention Agency (Aria) Bill, a piece of legislation which establishes a new “high-risk, high-reward” research agency backed with £800 million of taxpayers’ cash to explore new ideas.

The explanatory note of Mitchell’s amendment to the Bill says: “This new clause is intended to reaffirm the duty in the International Development (Official Development Assistance Target) Act 2015 for UK official development assistance (ODA) to amount to 0.7 per cent of gross national income each year.

“It would require Aria to make up any shortfall in that proportion from January 2022.”

List of the 30 Tory rebels backing the 0.7% amendment (via @HuffPostUK)

From a former PM to the Father of the House, to former cabinet ministers, select committee chairs, members of the 22

And worse for the whips, it’s a decent coalition from across the party. pic.twitter.com/h87TOJbF4c

It will be up to Speaker Sir Lindsay Hoyle to decide whether the amendment is selected for consideration when the Bill returns to the Commons for further consideration on Monday 7 June.

The government has blamed economic damage caused by the Covid-19 pandemic for its aid decision. It expects just under £10 billion to be allocated to departments for aid spending in 2021/22.

Critics of the policy believe the cut will result in tens of thousands of deaths in other parts of the world.

The government has also come under fire for not arranging a Commons vote on the decision.

Shadow foreign secretary Lisa Nandy wrote on Twitter: “On Monday, just days before world leaders arrive in Cornwall to discuss the global response to the pandemic, the Government faces defeat over its short-sighted and self-defeating decision to slash aid.

“The Conservatives should do the right thing and reverse this cut.”

Conservative former minister Caroline Nokes, one of the amendment signatories, told ITV’s Peston: “It’s taken quite a lot of manoeuvring to find an opportunity to actually have a vote on this.

“I feel really strongly that we legislated for the 0.7 per cent commitment and the cuts are affecting women and girls.

“Women will die because of these cuts to family planning so I have joined forces with colleagues to make sure we can have a vote on it and I will be voting to keep that 0.7 per cent.”

Asked if the amendment would be binding on the government, Ms Nokes said: “I think it’s very unclear at the moment and what we’ve seen the government do so far is what I’d describe as cuts by stealth.

“So there hasn’t been an opportunity for parliament to express its view on this with a vote. I very much hope it will be binding. I don’t want to see the government try and find a way out of a commitment that we all signed up to just a few short years ago.”

Related: European local councillors in the UK join forces to fight for rights