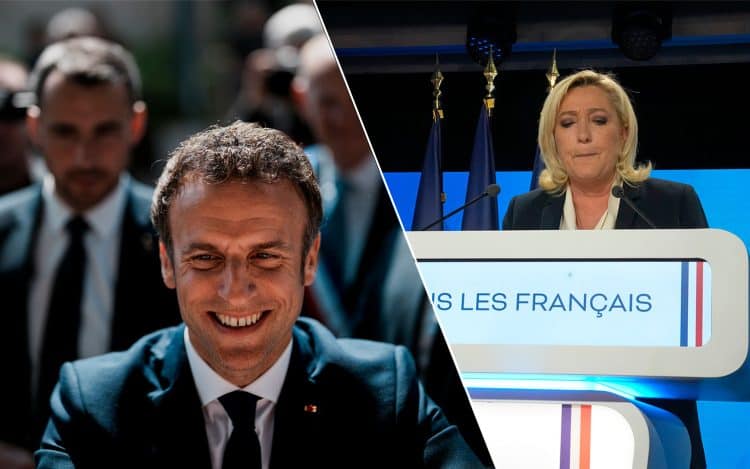 President Emmanuel Macron has won France’s presidential run-off, beating far-right rival Marine Le Pen in a race that was overshadowed by the war in Ukraine and saw a surge in French support for extremist ideas, according to exit polls.

If the projections are borne out by official results on Sunday, Mr Macron would be the first French president in 20 years to win a second term, since Jacques Chirac in 2002.

But he would face a divided nation and a battle to keep his parliamentary majority in legislative elections in June.

She said her unprecedented score in a presidential election represents “a shining victory in itself”.

“The ideas we represent are reaching summits,” she said.