“See you with Rishi’s for an elbow bump or foot tap. Love Dc.” 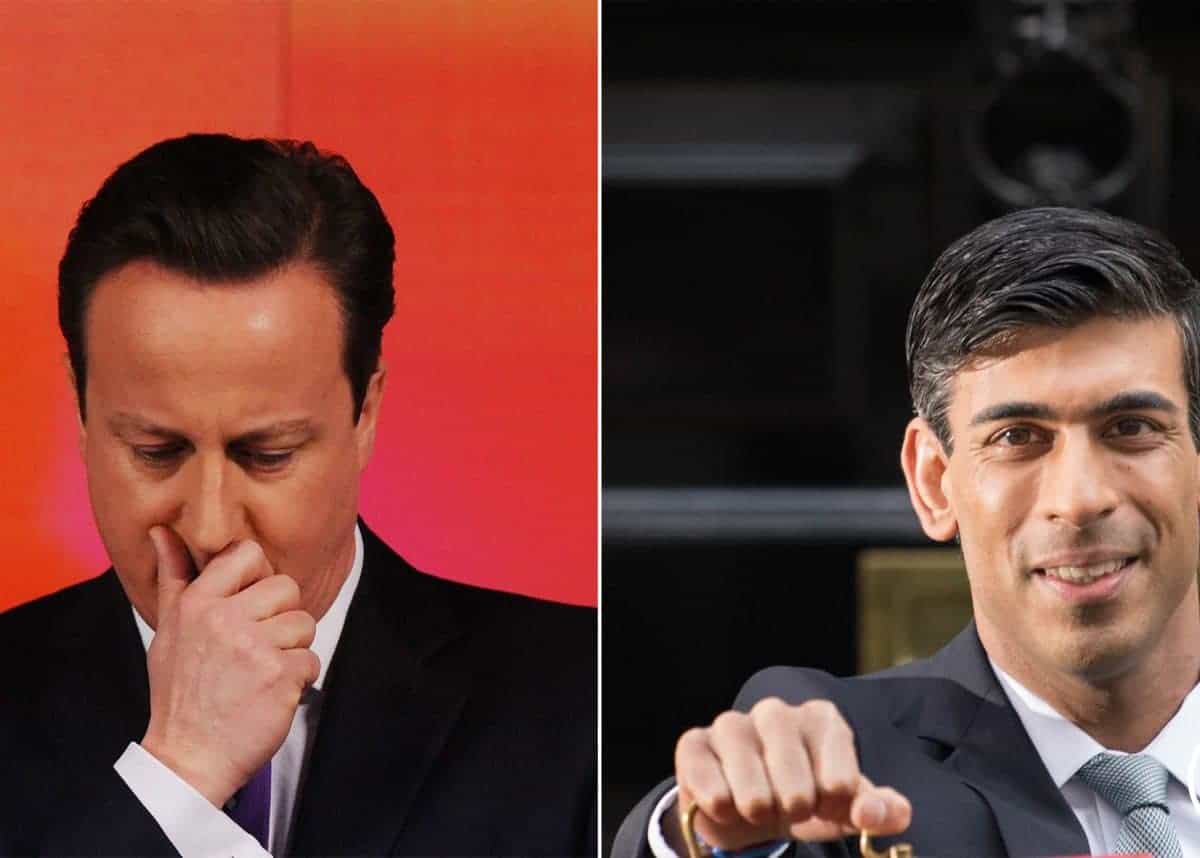 The Conservative former prime minister also sent messages to vaccines minister Nadhim Zahawi during the pandemic as he sought to gain access for Greensill to Government-backed coronavirus loans, it emerged on Tuesday.

MPs on the Commons Treasury Committee released correspondence they have received by the subjects of their inquiry following Greensill Capital’s collapse, which jeopardised 5,000 steelmaking jobs in the UK.

Mr Cameron provided the inquiry with messages he sent Government officials and ministers during his work as an adviser to the firm.

One text message to Mr Gove on April 3 last year read: “I know you are manically busy – and doing a great job, by the way (this is bloody hard and I think the team is coping extremely well. But do you have a moment for a word? I am on this number and v free. All good wishes Dc.”

On the same day, Mr Cameron sent a separate message to the Chancellor asking for a “very quick word” on the Treasury refusal to grant access to the Covid Corporate Financing Facility (CCFF).

“HMT are refusing to extend CCFF to include supply chain finance, which is nuts as it pumps billions of cheap credit into SMEs,” Mr Camerom wrote.

“Think there is a simple misunderstanding that I can explain.”

After arranging a discussion with Mr Sunak, the former prime minister messaged Mr Gove: “Am now speaking to Rishi first thing tomorrow. If I am still stuck, can I call you then?”

Following the talks, Mr Cameron wrote to Treasury permanent secretary Sir Tom Scholar saying that his ultimate ask was for “one more high level chat” with Sir Tom, adding that the Chancellor had “agreed”.

But on April 22 the former Conservative leader texted Mr Sunak again to apologise “for troubling you again” but asking if he could help on CCCF and if he could “give it another nudge over the finish line”.

Communications, however, continued and he asked “for the last time, I promise” for Mr Sunak to instruct senior Treasury official Charles Roxburgh for another look at the matter.

Another message to Sir Tom, in March last year, read: “See you with Rishi’s for an elbow bump or foot tap. Love Dc.”

Related: ‘£320m of taxpayer cash at risk:’ David Cameron and Lex Greensill to appear before MPs