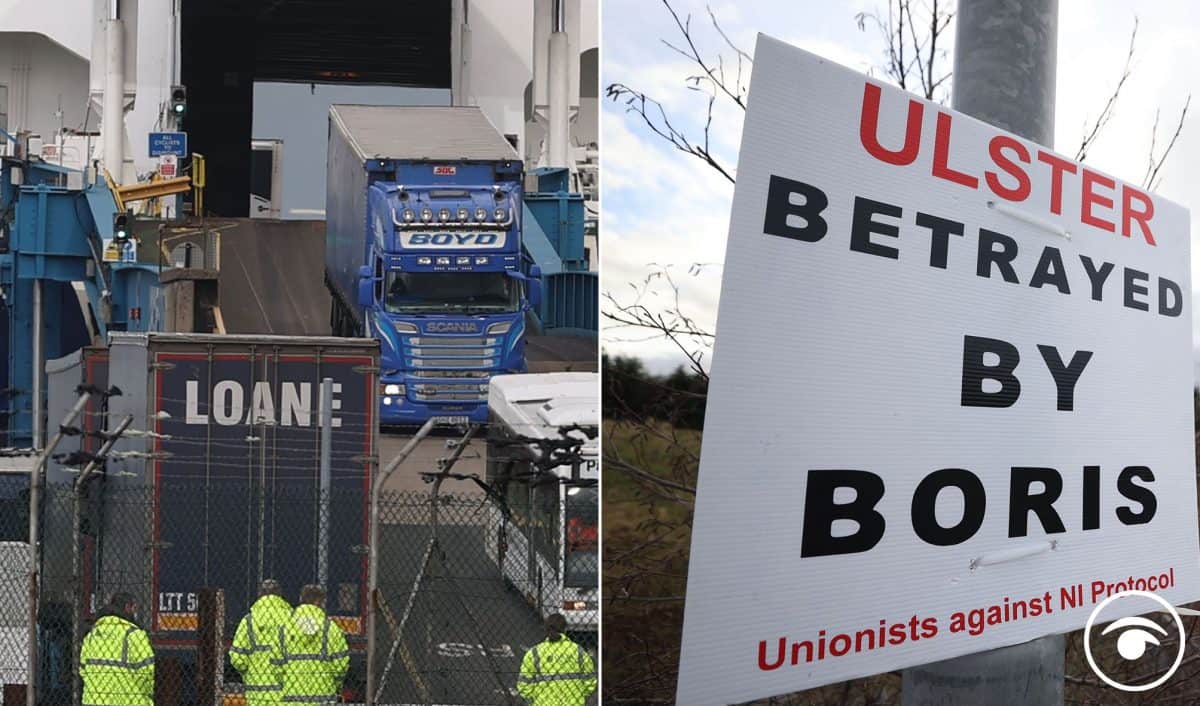 A DUP minister has said she would not oppose an EU/UK deal on agri-food movement similar to the one the bloc has with Switzerland.

Stormont economy minister Diane Dodds she would not be against anything that offered “short-term relief” from recent Irish Sea trade disruption.

However, Mrs Dodds expressed doubt about whether the UK Government would sign up to such a deal, given it would require alignment with EU regulations.

The Ulster Unionist Party had voiced support for a Swiss-style deal amid mounting anger among Northern Ireland unionists at the economic barriers Brexit has created between the region and the rest of the UK.

The Swiss model has been suggested as way to ease disruption on Great Britain to Northern Ireland trade.

Under the terms of Brexit’s Northern Ireland Protocol, which ensures a free flowing border on the island of Ireland, the region has remained in the single market for goods.

That means products entering the region from Great Britain must comply with strict EU rules on animal and plant health.

Traders must now comply with a range of new processes and checks to ship animal-based food products and plants across the Irish Sea into Northern Ireland.

The agreement the EU has with Switzerland avoids such checks because the Swiss align their own regulations on animal and plant health with the bloc’s.

When the EU changes its rules, the Swiss change theirs to ensure continued alignment.

The DUP and UUP have called for the protocol to be scrapped in its entirety.

However, senior figures in both parties have identified a Swiss-style deal as means to address some the issues caused by the protocol while it continues to operate.

Mrs Dodds, a long-standing Brexiteer, said such a deal would result in the UK “slavishly” following EU rules.

The minister said such an agreement would mean the whole of the UK would have to align with EU rules on animal health and plant safety.

“I didn’t think that that would be something that the Government would run with,” she told BBC Radio Ulster.

UUP leader Steve Aiken told Radio Ulster there was no contradiction in supporting a Swiss deal at the same time as campaigning for an end to the protocol.

“One of the things we should do is be looking at everything we can do to minimise what’s happening right now and if there’s going to be some form of recognition of agricultural produce that means that a large chunk of that Irish Sea border disappears, why wouldn’t you want to support that?” he asked.

“Let’s put Northern Ireland first, because that’s where the real impact is – it’s in our consumers, it’s in our agri-business.”