The UK is engaged in a bitter war of words with France over migrant crossings in the English Channel. 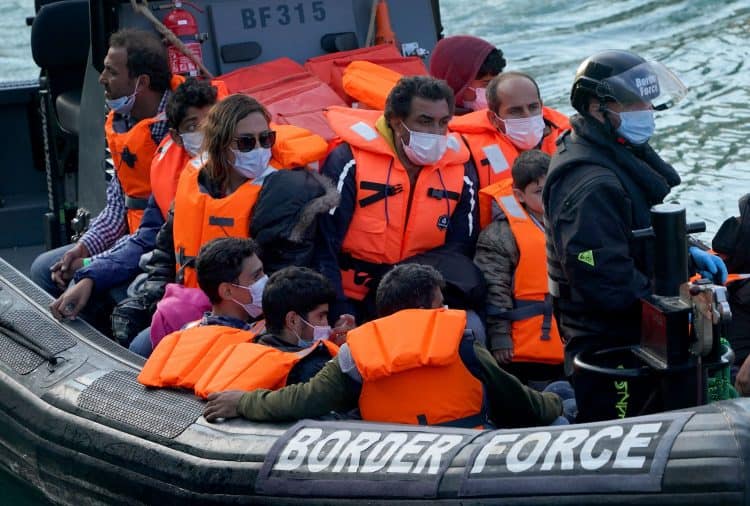 The UK would not infringe international law in a bid to tackle the number of migrants crossing the English Channel from France, a Cabinet minister has insisted.

Culture Secretary Oliver Dowden said his colleague – the Home Secretary Priti Patel – was “rightly exploring every possible avenue” to address the situation, adding: “We have said that that will include looking at turning migrants back, but that will only be done in accordance with international law and clearly the safety of migrants is absolutely paramount.”

It comes after Britain and France became embroiled in a war of words over efforts to halt the crossings, with the French interior minister Gerald Darmanin hitting back at Patel after it emerged she had sanctioned tactics to turn back migrant boats towards the continent to stop them from making the journey to the UK.

The suggestion has prompted an outcry from aid charities and campaigners who branded the plan “cowardly” and “cruel” and one which could risk the lives of migrants, while the legality of the tactic has been called into question.

Darmanin said France would not accept any practices which breach maritime laws.

Speaking to Sky News, Dowden said: “Firstly, in relation to these migrants, it is worth remembering they are coming from a safe country, which is France.

“This has been a persistent problem for a long period of time. The Home Secretary is rightly exploring every possible avenue to stop that.

“We have said that that will include looking at turning migrants back, but that will only be done in accordance with international law and clearly the safety of migrants is absolutely paramount.

Oliver Dowden confirms the UK is considering turning back boats attempting to bring migrants across the Channel illegally.

He adds that this would be done "in accordance with international law" and "the safety of migrants will be paramount".#KayBurley: https://t.co/1lzjbxlt9a pic.twitter.com/tPsf9jiDL5

“We would not do anything to endanger lives, clearly, but I think the public at large would expect us to be taking measures to prevent people from travelling from the safe country of France to England, and I think it is right to consider all measures.

“The most important thing about this is the real beneficiaries of this are these criminal gangs who are organising this transport – this is really not in the interest of people who of course have their reasons for wanting to come here.”