'Local' Conservatives in Hartlepool pleaded with voters not to punish them for the mistakes made in Westminster. The Red Wall town only turned blue this time last year! 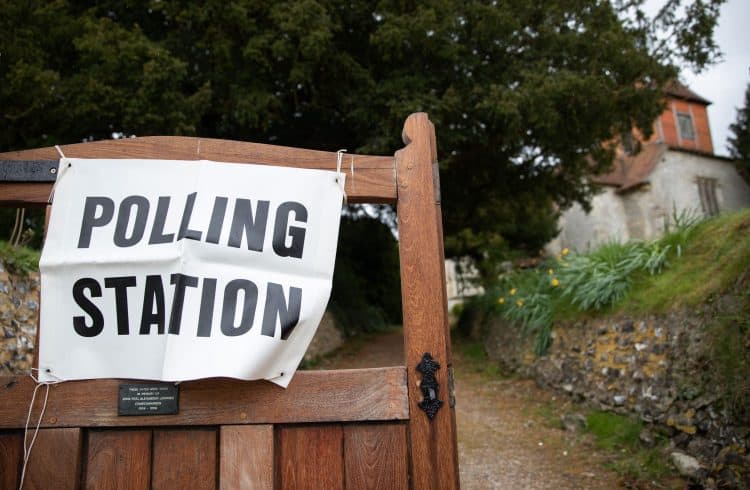 Conservative local election candidates are re-branding themselves in order to distance themselves from Westminster and win key votes.

Campaign posters spotted in Wandsworth – a hotly contested seat in London – show an emphasis has been put on ‘local’ and the colour has been changed to teal.

One leaflet in the Red Wall town of Hartlepool, which only fell into Tory hands this time last year, read: “This Thursday, please don’t punish local Conservatives for the mistakes made in Westminster, we are local and proud of where we live and, like you, we want the best for Hartlepool.”

Boris Johnson will be concerned with keeping the support of his MPs in order to preserve his place in No 10 as the Tories head into a potentially difficult set of local elections, a Cabinet minister said.

The prime minister faces a cost-of-living crisis, the fallout from his fine over a lockdown-busting birthday party in No 10 and scandals involving Tory MPs as voters head to the ballot boxes on Thursday.

Environment secretary George Eustice acknowledged that “all prime ministers will always be very conscious of the mood in their parliamentary party” in response to speculation that poor results on Thursday could lead to more letters of no confidence in the Prime Minister.

Under Conservative Party rules, there must be a vote on the Prime Minister’s future if 54 MPs write to the chairman of the backbench 1922 Committee Sir Graham Brady saying they have lost confidence in their leader.

So far only a handful of MPs have publicly confirmed sending a letter, with many critics of the Prime Minister holding back due to the war in Ukraine, although results of the elections and any further developments in the partygate saga could change that position.

“So of course the Prime Minister will be thinking about these things. But for now, he’s also making sure that we deal with some of the international challenges like the problems in Ukraine, that we give them the support they need, that we help steer our economy through this period where we’re getting some inflationary pressures.

“And up and down the country we’ve got councillors fighting elections on local issues, things like planning, things like local council tax, and we’re doing our part and the Prime Minister is playing his part to support our councillors in those campaigns for tomorrow’s elections.”