How bad is bad for Boris, and what does that mean for his premiership? 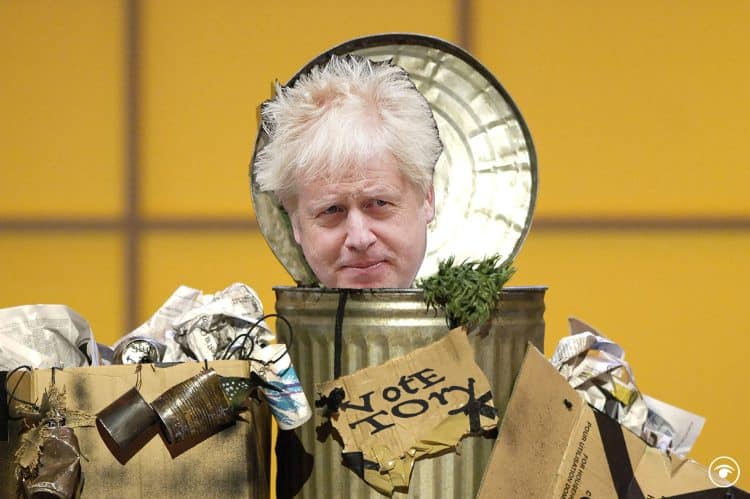 Dear reader. The local elections loom. On Thursday, voters across Scotland, Wales, London and much of the rest of England will head to the polls to cast their ballot in a crunch election.

Much has changed since the seats were last contested in 2017 and 2018, when the UK was still in the European Union, the prime minister was Theresa May and Labour was led by Jeremy Corbyn. Since then, the Conservative Party has been rocked by successive scandals, portrayed as out-of-touch and has lost its key trump card in Brexit which, for richer or poorer, is now ‘done’. Sir Keir Starmer, meanwhile, has used his first years as leader to position Labour as a serious, patriotic party of government that has rid itself of its former leftist ways. Soon, we will find out whether any of that has stuck in any meaningful way.

Boris Johnson’s first line of defence this week has been to focus people’s minds on bins, potholes and council tax, a message that will have certainly been rolled out by the poor councillors having to defend his reputation on the doorstep. His senior team have, in tandem, highlighted the macro-objectives the PM is perceived to have performed well on, namely the Ukraine crisis, the vaccine rollout and, of course, Brexit.

But turning the public’s head away from soaring prices, paltry pay and the respective party and porn gates that have turned the Conservative Party into an increasingly toxic brand will be a mammoth uphill task. Polling results released by Electoral Calculus and Find Out Now show the Tories are on track to lose nearly 550 seats in Thursday’s election, representing the party’s worst performance since Sir Tony Blair led Labour in the 1990s. The predictions, first reported in The Telegraph, have Labour down to hold 3,500 council seats – a gain of more than 800 – and even be in with a sniff in Westminster and Wandsworth, as well as Barnet, Southampton, Newcastle-under-Lyme and Thurrock.

Such an outcome would put Johnson in an untenable position because, for the first time, he wouldn’t be answerable to the public or the media, but to his own party. As Rory Stewart pointed out in a recent episode of The Rest Is Politics, “the Conservative Party are ruthless. They are very good at putting people in place before the election who they know are going to win”. If they don’t think Johnson can seriously win anymore, that is what will bring him down.

The stats certainly bear that out. In the history of the Conservative Party, only one leader before Tony Blair failed to become prime minister. After Sir Tony, every single one has succeeded in taking up the role, but during the New Labour leader’s tenure, three failed. If the above polling is accurate, too many within the party will recognise this as a return to the dark days, and the knives will be out for our beleaguered PM.