The president is at higher risk of death from Covid-19 due to his age, gender and weight. 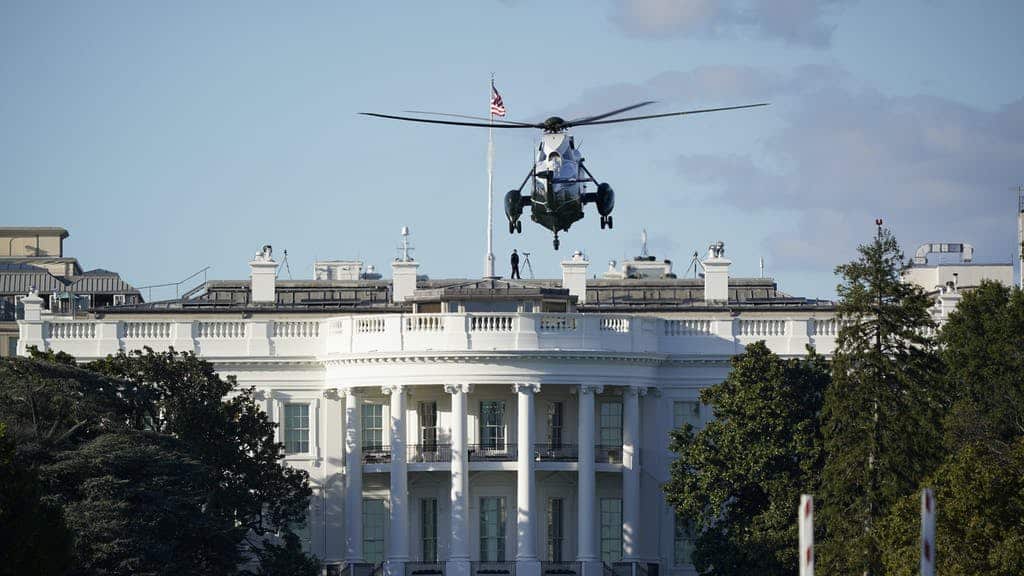 US President Donald Trump has been airlifted to a military hospital less than 24 hours after his Covid-19 diagnosis.

Mr Trump was taken by helicopter to the Walter Reed National Military Medical Centre on Friday and is expected to remain there for “a few days”.

The president’s re-election campaign said all events featuring Mr Trump and members of his family would either be postponed or go online, but that vice-president Mike Pence would resume campaigning as he had tested negative.

Prime Minister Boris Johnson, who himself was admitted to intensive care after contracting coronavirus during the first wave of UK infections in spring, expressed his best wishes to Mr and Mrs Trump, saying he was “sure that they will both stage a very strong recovery.”

The president is at higher risk of hospital admission and death from Covid-19 due to his age, gender and weight.

Mr Trump is also overweight, though his doctor, Sean Conley, told reporters in June that he is healthy.

Reporters calculated that, at 6ft 3in, the president was just over the threshold for obesity.