Seth Rogan said she has "accomplished the tough task of being the dumbest montherf*cker out here". 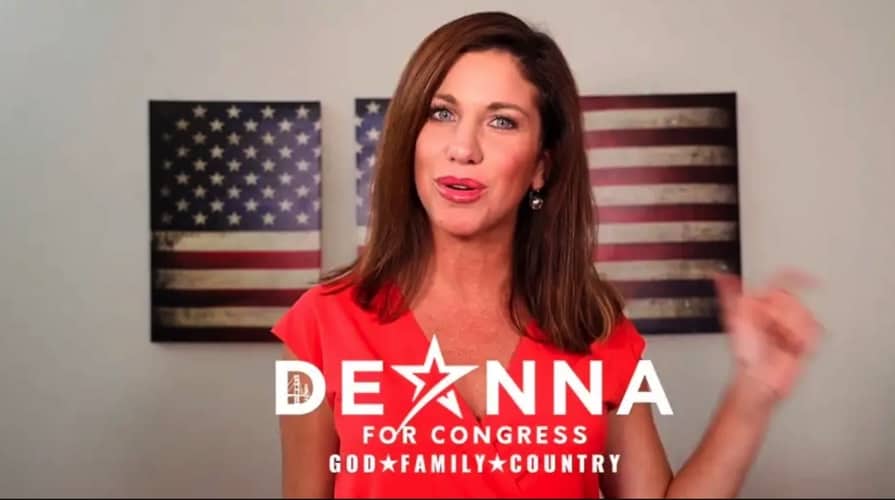 A conservative commentator and ex-Republican congressional candidate has raised the possibility of Donald Trump’s Covid diagnosis being an unlikely assassination attempt on the president by the Chinese.

DeAnna Lorraine was credited for accomplishing the “tough task of being the dumbest motherf*cker out here” after she tweeted the conspiracy theory.

Amid a flurry of bizarre social media posts, she also claimed that it was odd that “no prominent Democrats have had the virus but the list of Republicans goes on and on”, a claim which has since been proved to be false.

Atlanta Mayor Keisha Lance Bottoms and Virginia Gov. Ralph Northam are among the Democrats to have contracted the virus and have been forced to quarantine.

She also said it was curious that the homeless population hasn’t been “decimated by Covid since most of the aren’t social distancing, don’t wear masks or talk behind plexiglass”.

You accomplished the tough task of being the dumbest motherfucker out here. Congrats.

Trump was airlifted to a military hospital last night less than 24 hours after his Covid-19 diagnosis.

He was taken by helicopter to the Walter Reed National Military Medical Centre on Friday and is expected to remain there for “a few days”.