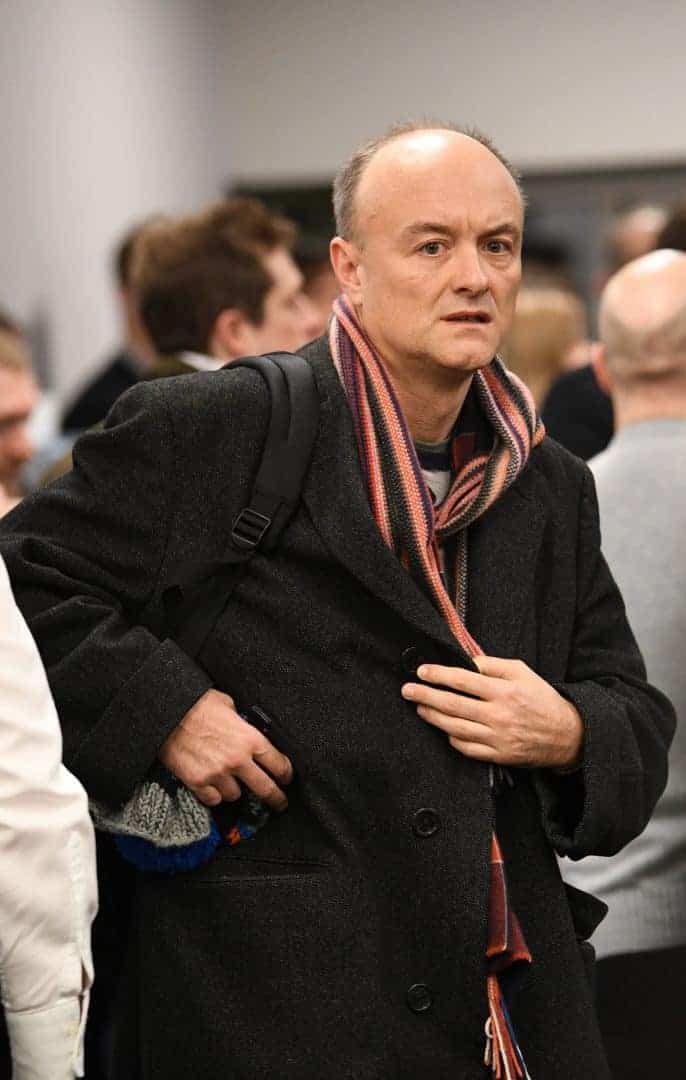 Boris Johnson’s key adviser Dominic Cummings has called for “weirdos” to apply for jobs in Downing Street as he warned of “profound problems” in Government decision-making.

Mr Cummings posted an apparent job advert on Thursday saying Number 10 wants to hire an “unusual set of people with different skills and backgrounds” to work as special advisers and potentially officials.

But a civil servants’ union said staff are currently recruited on merit and “because of what you can do, not what you believe”.

“Seismic changes” to the civil service

The blog post exceeding 2,900 words came amid reports that the Prime Minister is planning “seismic changes” to the civil service.

Mr Cummings, a former Vote Leave director, said he hopes to be made “largely redundant” within a year by the recruitment drive.

He called for officials including “weirdos and misfits with odd skills”, data scientists and policy experts to apply to a gmail account if they think they fit the bill.

Mr Cummings warned that there are “some profound problems at the core of how the British state makes decisions” and that he currently makes decisions “well outside” his “circle of competence”.

And he says the need for change comes with Brexit requiring large policy and decision-making structure changes and a Government with an 80-strong majority having “little need to worry about short-term unpopularity”.

Under a subsection on hiring “super-talented weirdos”, he writes that the Government needs “some true wild cards, artists, people who never went to university and fought their way out of an appalling hell hole”.

Mr Cummings’ post came after Rachel Wolf, who helped draw up the blueprint of Tory election pledges, said civil servants could be made to take regular exams to prove they are up to their Whitehall jobs.

Under “seismic” changes being planned by Number 10, she also said that civil servants are “woefully unprepared” for sweeping reforms that Mr Johnson is keen to push through.

The General Secretary of the FDA union Dave Penman said Mr Cummings had not clarified how new recruits would be selected or what their role within government would be.

What you can do, not what you believe

“You are employed in the civil service because of what you can do, not what you believe.

“If you surround yourself with people who are recruited simply because they believe the same as you believe, and whose employment is at your behest, is that the best way for the civil service or advisers to speak truth unto power?

“I don’t think it is, and I think some of those approaches are quite dangerous as well.”

In a statement, he added: “It would be ironic if, in an attempt to bring in radical new thinking, Cummings was to surround himself with like-minded individuals – recruited for what they believe, not what they can do – and less able to provide the robust advice a minister may need, rather than simply the advice they want.”

Mr Penman also blamed officials’ salary levels as being a restricting factor for recruitment, adding that the “government’s failure to pay a market rate restricts the pool”.

The former head of the civil service Lord Kerslake warned that any changes Mr Cummings may want to implement cannot be achieved overnight, but that the civil service “should be open to challenge, improvement and change”.

“My point would be Governments come in at this situation and the biggest risk for them is hubris – they think because they’ve won an election they can do everything and change everything overnight and it isn’t like that. If they don’t want to hear that then so be it.

“But there’s plenty of evidence that change is possible in the civil service, it was achieved when I was there, it has been achieved since, but you have to work with the civil service and try to carry them with the process of change,” Lord Kerslake told BBC Radio 4’s Today programme.

He added: “There’s a balancing act here between getting things done and also making changes to the way the civil service works and that’s something they’re going to have to work through, and I would advise them to work it through in some detail.”