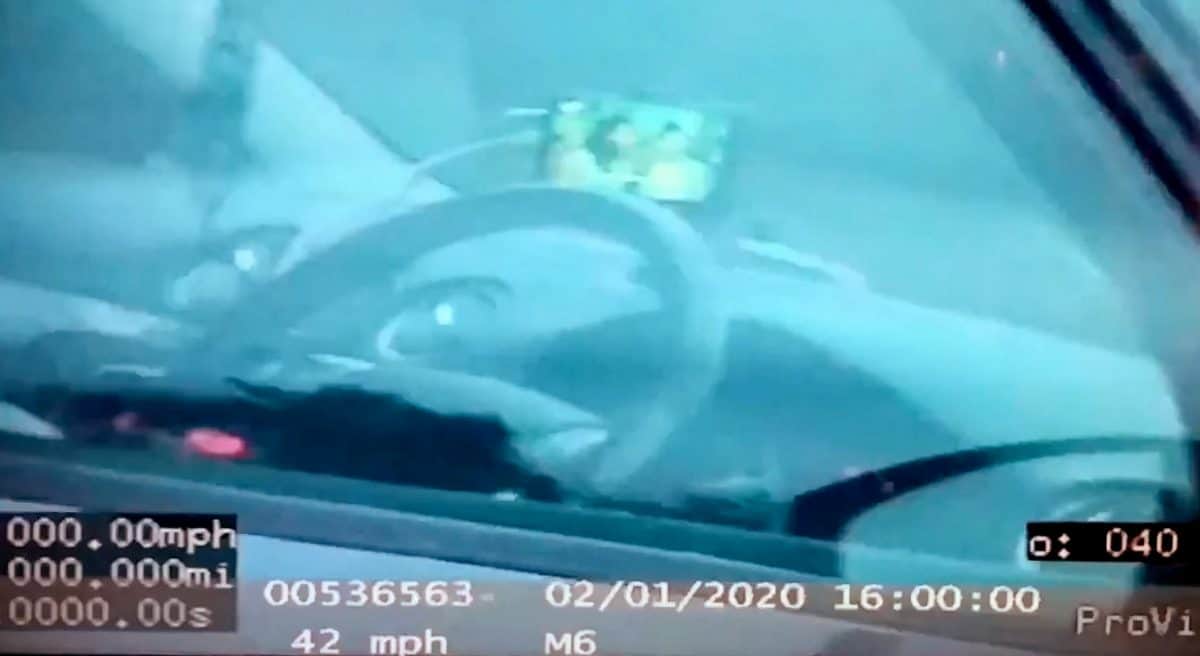 This is the moment a brainless motorist was caught by police dangerously driving along a motorway while watching TV on their mobile phone.

Officers from Central Motorway Police Group (CMPG) were left gobsmacked when they spotted the driver catching up on a television programme on the M6.

The 38-year-old, from Stoke-on-Trent, was pulled over near Stafford on Thursday afternoon (2/1) and slapped with a £100 fine.

Staffordshire Police wrote on social media: “Not the greatest idea to catch up on the television whilst behind the wheel.

“A 38-year-old from Stoke given a telling off and £100 fine after being spotted this afternoon. #Fatal4.”

The driver was caught with the mobile phone attached to the dashboard as they travelled along a section of the motorway which has 50mph speed restrictions in place.

It is not clear which TV programme was being watched at the time.

The CMPG tweeted: “Lane one of the M6 at Stafford in the roadworks section is not an acceptable place to catch up on the TV! Driver reported. #fatal4 #cmpg.”

Web users reacted with disbelief after the force posted footage of the incident on social media showing the driver watching TV at 40mph.

Julie Callaghan wrote: “The shocking part is that they are so blatant in doing it like it’s just normal.”

Linda Joyce Haycock added: “I can’t believe this! This is such a busy stretch of the motorway too with frequent accidents”

Wendy Michelle Pass put: “Unbelievable!! Surely a hefty fine and an outright ban is on the cards??”