Do you agree with this Guardian reader’s takedown of Thatcher’s statue?

The Iron Lady's new statue in Grantham has divided opinion. Does this letter speak for you? 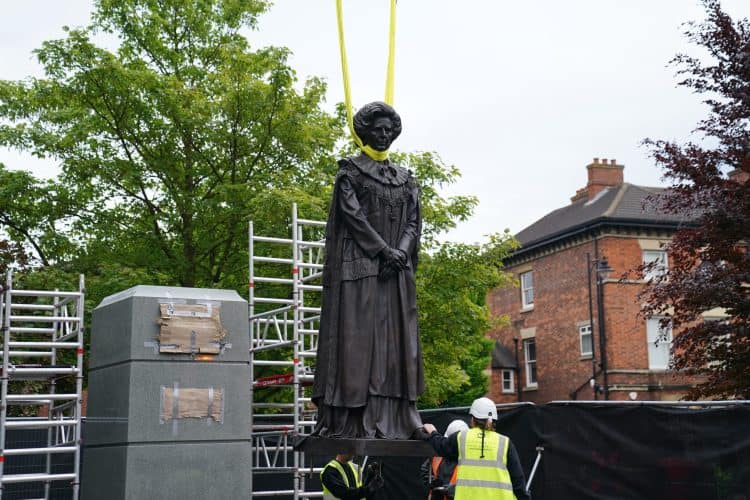 A statue of Margaret Thatcher was finally unveiled in her birthplace of Grantham this week – and it’s safe to say it has divided opinion.

The tribute to the Iron Lady has been egged and vandalised, with furious locals denouncing statue as inappropriate and ill-conceived.

One especially scathing takedown of the statue appeared in a letter to the Guardian this week, written by a woman called Dorinda Stokes from Sunderland.

Here’s what she had to say.

In response to the statue of Margaret Thatcher being bestowed upon the poor folk of Grantham (‘It’s very divisive’: Margaret Thatcher’s statue splits birthplace of Grantham, 22 May), I would suggest instead the placing of a blue plaque in every town, village and home that she cruelly devastated. The suffering inflicted on our mining and shipyard communities was indescribable, and the lasting effect of the pain and anxiety suffered by so many is still evident today.

Riot police battling miners outside their homes left us deeply shocked. Children came to school stressed and hungry, and mothers were beside themselves with worry. With no wages coming in, these proud women were forced to depend on food collection points and handouts from neighbours – a process that they found humiliating.

For those of us who had to deal with the fallout from such devastating policies, it’s not a good idea to erect a statue to the person who was responsible.

Do you agree with Dorinda’s take? Let us know.