Her tweet suggests she is five days into a 14 day quarantine, even though she only posted out the announcement today. 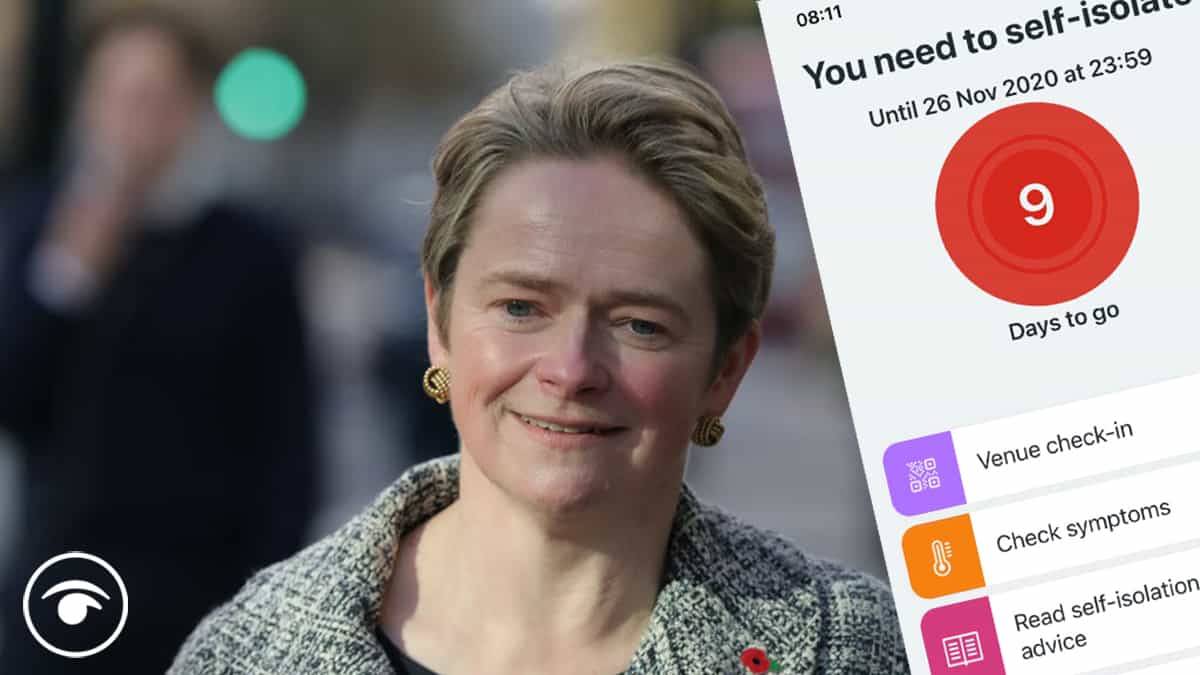 Baroness Dido Harding, who leads the NHS Test and Trace programme, has revealed she is self-isolating after receiving an alert from the service she runs.

The Tory peer tweeted a screenshot of an app notification on Wednesday which carried the message “you need to self-isolate” until the end of November 26.

Nothing like personal experience of your own products ….got this overnight. Feeling well. Many hours of Zoom ahead. pic.twitter.com/Ims9W9gbQh