Labour stalwart Dennis Skinner outraged many on the left and remain camps this week when it was revealed that he had defied the Labour Party whip to vote with the Government on the EU Withdrawal Bill. Many took to social media to express their dismay and there were many shocked comments on our interview this […] 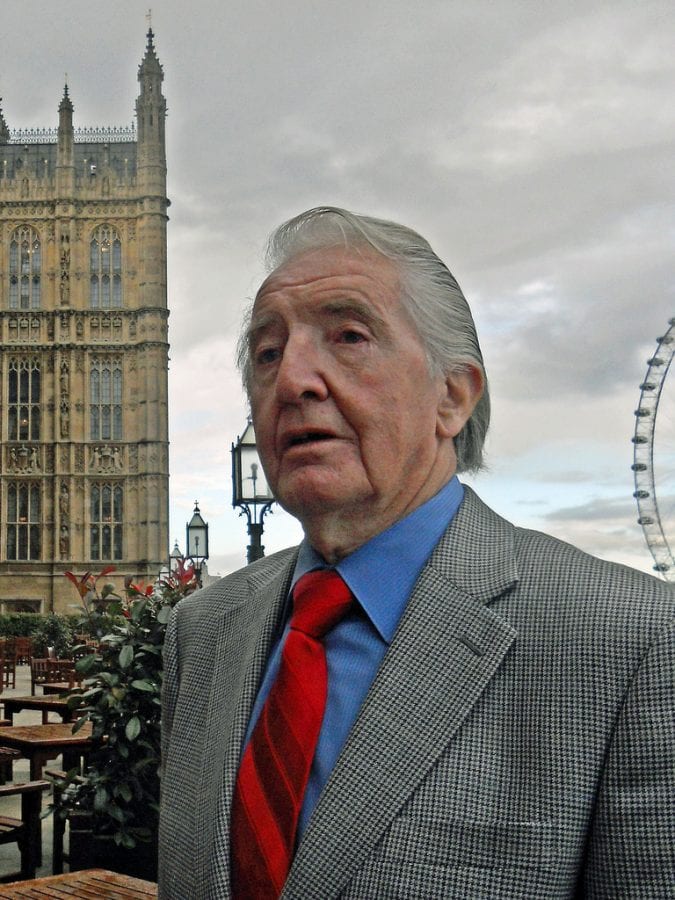 Labour stalwart Dennis Skinner outraged many on the left and remain camps this week when it was revealed that he had defied the Labour Party whip to vote with the Government on the EU Withdrawal Bill.

Many took to social media to express their dismay and there were many shocked comments on our interview this week with the veteran MP nicknamed The Beast Of Bolsover.

Right wing sections of the press such as The Sun and Daily Express wasted no time blowing this up into a row with headlines such as Labour MP Dennis Skinner branded a ‘SCAB’ by Corbyn fanatics after defying leader’s orders.

The Bolsover MP came clean about the motives for his vote in The Skwawbox political blog. His response is measured, with the panache you’d expect from the veteran Socialist Eurosceptic MP:

“Look, nobody should be surprised – I’ve done the same things for over 40 years! I’ve stayed the same for over 40 years. Being against the EU has been in every one of the General Election addresses I’ve sent out to my constituents in Bolsover for the last twelve elections – I’ve been around a long time now and I think I’m the only one who’s voted against every treaty – Common Market, Maastricht, every single one.

“Before the vote on the second reading of the bill I voted for the Labour amendment. If that’d got carried there’d have been no vote on the bill, but when that was defeated … the only way I could show I respect the will of the people was to support the bill.”

So there you have it – the Bolsover Beast voted for the Labour Party amendment  that “this House respects the EU referendum result and recognises that the UK will leave the EU” but that the EU (Withdrawal) Bill as drafted by the Government hands “sweeping powers” to ministers allowing them to “bypass parliament.”

However when the Labour amendment to stop Henry VIII clauses that allow Theresa May to bypass parliament in replacing EU laws and rights was defeated just after midnight, Skinner refused to vote with Labour whips to stop the Bill instead helping it through to the next reading.

Skinner made it clear that he welcomed more debate and is against the “power grab” inherent in the current phrasing of the Bill that allows the cabinet to bypass MP’s on decades of human rights, protections and legislation that will have to be rewritten if Britain leaves the EU.

The Bolsover MP said he would have been “exceptionally pleased” if the Labour amendment had passed, and “the people who abstained on that need to answer for their decision.”

Asked what was behind his opposition to the EU, Skinner, who worked as a miner before becoming an MP said “it’s about workers being exploited,” adding: “it’s not about where people come from. I worked with Poles down the pit, Lithuanians too. Displaced people. But they got the same wages as me, – and they were all members of the NUM [National Union of Mineworkers] – and that’s how it should be, not disadvantaging working people by undercutting wages and conditions.” (Read the full interview here.)

The Bolsover MP contacted us after a very busy day in Parliament last night to add: “I have not changed my position one apeth. I was a socialist when I walked through the doors of parliament and I still am now. I have never supported the EU or Common Market. I have always been consistent. I do what I’ve got to do. And I don’t waft in the wind one way then another. And that’s not for immigration reasons but democratic ones. The power in the EU is undemocratic – it is held by 27 people now.”

“So what’s new? I don’t do about turns simply because there’s a new regime. I never have. I did what I’ve always done – it’s called principles. I hoped the Labour amendment would be carried but it didn’t get carried so I had to go in the ‘aye’ lobby to register a vote consistent with my views over 47 years. It doesn’t say ‘Tory’ lobby and ‘Labour’ lobby above them. I didn’t vote with the Tories. The lobbies belong to everyone, whatever party you’re in – and you vote on principle. I’ve never done any different.”

When asked about how he felt about defying the Labour Whip, Dennis Skinner pointed to all the times he had done so before, mainly voting against military interventions overseas. And he confirmed that he is still hopeful Labour can stop the EU Withdrawal Bill becoming a Tory power grab despite the Labour amendment that he voted for being defeated. “I look carefully at the small print, I always have. Part of the small print on this Bill is paying all this money to the EU, but if I was Prime Minister, I wouldn’t give them a penny piece,” added Skinner.

And he insisted all the emails he had received from Bolsover constituents, the vast majority of whom voted Leave, were supportive.