It is "unbelievable" that nurses are having to rely on food banks, the former prime minister said. 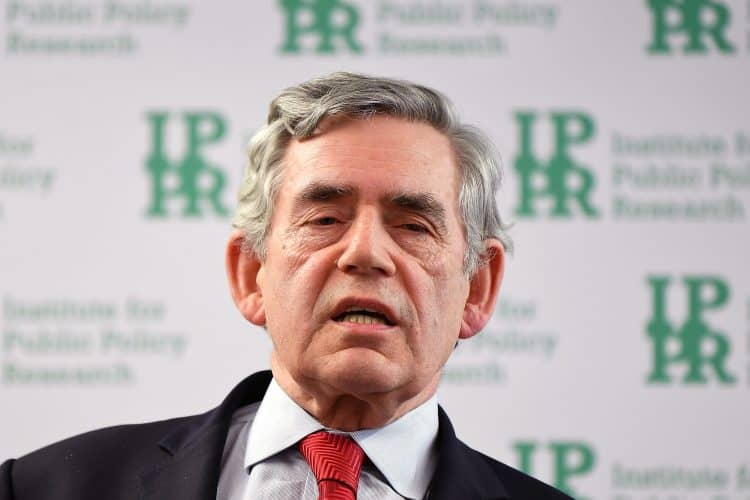 Nurses should demand a referendum on pay and staff shortages, Gordon Brown has said.

Speaking to the annual congress of the Royal College of Nursing in Glasgow, the former prime minister said he believed this was “the one referendum” that would unite – not divide – Britain.

Offering his support for a vote on better NHS funding, Brown said: “I want to support you.”

A similar referendum was held in Switzerland last year, in which a 61 per cent majority backed improving working conditions for nurses.

“Thousands of nurses report that, because of the cost of living crisis, they are skipping meals so they can feed their children,” Brown said.

“I want an end to food bank Britain by putting an end to poverty and low-pay Britain.

“This is not a party political issue but a humanitarian issue. A matter of common decency.

“The best way we can reward the nurses of Britain for what they did for us during the pandemic is ensuring decent wages and working conditions. Our nurses cared for us – it’s time for us to care for them.”

It comes amid reports that six NHS trusts have set up food banks or developed food voucher schemes to help staff cope with the soaring cost of living.

Nurses are waiting to hear about their 2022 pay award. The review body that advises ministers on NHS staff pay is due to announce its recommendations within weeks.

‘Too many nurses at food banks’

Brown added: “Two years ago the NHS was deservedly awarded the George Cross for its work during the pandemic, but the reward for individual nurses has been pay settlements well below inflation, leaving nurses much worse off.

“Now, as part of the Platinum Jubilee, members of the armed forces and emergency services are rightly receiving Jubilee medals.

“I say all nurses too should be lining up to receive Jubilee medals, but instead – and it’s almost unbelievable that this is the case in the fifth richest country in the world – today, too many nurses are lining up at food banks.

“I hate the idea of nurses doing long shifts and then having to leave the beds of their patients to queue up for food parcels.

“Surely, as a country, we didn’t come all this way to end up in the year 2022 with food banks, bedding banks, baby banks, and clothes banks replacing the welfare state as our last line of defence against poverty and low pay?”

Speaking after Brown’s speech, Pat Cullen – the general secretary of the Royal College of Nursing – said: “Gordon Brown hit the nail on the head — the public is near unanimous in their support for nursing and are frustrated with ministers over their treatment.

“We should not need a referendum for politicians to take notice of that strength of feeling. Ministers have the power to treat nursing staff with the respect they deserve.”