The British Medical Association said that keeping some protective measures in place was “crucial”. 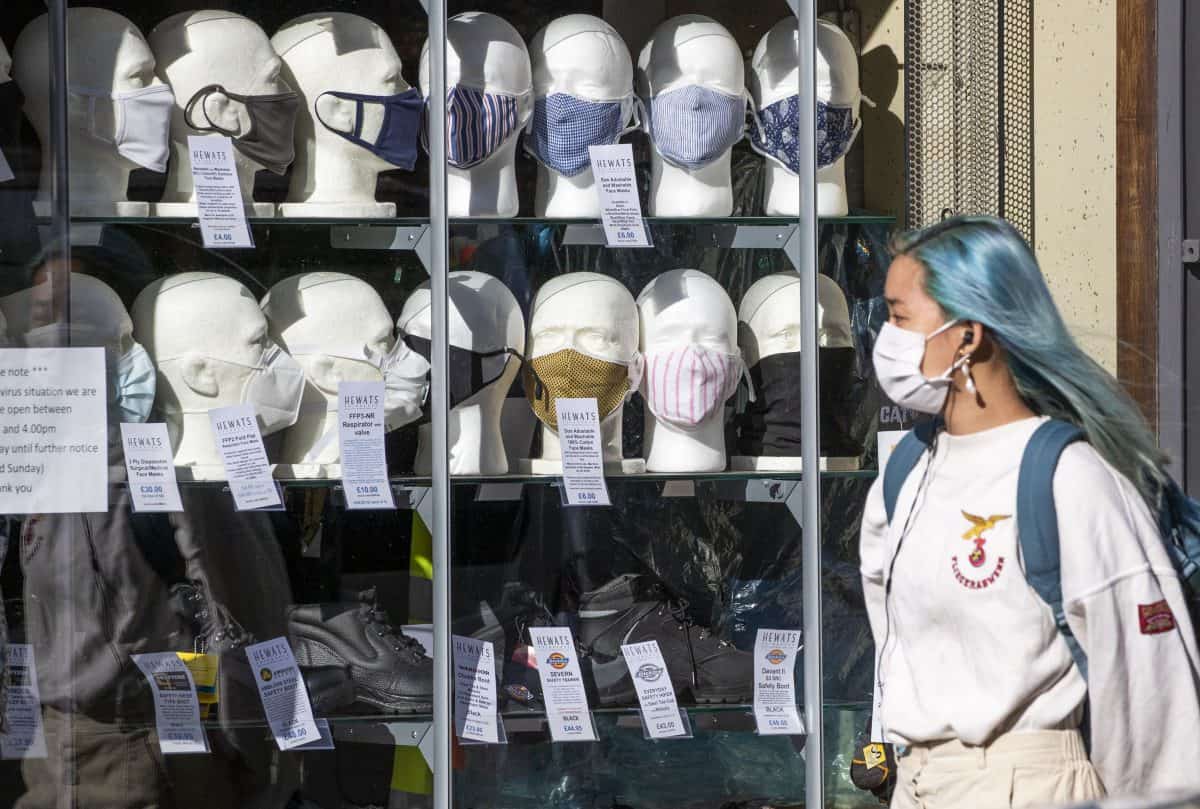 Leading doctors are urging the government to keep some measures in place in England after July 19 in a bid to help control the spread of Covid amid the “alarming” rise in cases.

The British Medical Association (BMA) said that keeping some protective measures in place was “crucial” to stop spiralling cases numbers having a “devastating impact” on people’s health, the NHS, the economy and education.

Dr Chaand Nagpaul, BMA council chair, said easing restrictions was not an “all or nothing” decision, and that “sensible, cautious” measures will be vital to minimising the impact of further waves, new variants and lockdowns.

He added: “As case numbers continue to rise at an alarming rate due to the rapid transmission of the Delta variant and an increase in people mixing with one another, it makes no sense to remove restrictions in their entirety in just over two weeks’ time.

“The promise was to make decisions based on data and not dates, and while we were pleased to see the government react to data in delaying the easing on 21 June last month, ministers must not now simply disregard the most recent, damning, numbers by rushing into meeting their new 19 July deadline.”

The call comes amid reports that ministers plan to drop all legal requirements including self-isolation for fully-vaccinated people who come into contact with someone who is infected.

The Times reported that a meeting of the Covid operations committee will take place on Monday at which ministers are expected to sign off a plan that will mean the fully vaccinated will be “advised” to take daily tests but not be required to do so.

Meanwhile, German Chancellor Angela Merkel has said double-jabbed Britons should be able to have a holiday in Europe without quarantine in the “foreseeable future”.

She said travel restrictions are being reviewed for those who have received two coronavirus vaccinations, after holding talks with Prime Minister Boris Johnson at Chequers on Friday.

But she revealed she had expressed “grave concern” over the number of football fans being allowed to attend Euro 2020 matches at Wembley.

Johnson has said he has increasing confidence that he can go ahead with the final phase of his plans to end England’s lockdown on July 19 to “get back to life as close to it was before Covid”.

The new Health Secretary, Sajid Javid, earlier this week also confirmed his intention for Step 4 of the road map to go ahead at that point, but he stopped short of confirming to MPs that will mean the end of every measure.

Public Health England figures show a total of 161,981 confirmed and probable cases of Delta variant have now been identified in the UK – up by 50,824, or 46 per cent, on the previous week.

The Delta variant, which was first identified in India, continues to account for approximately 95 per cent of confirmed cases of coronavirus across the UK.

Meanwhile, the latest figures from the Office for National Statistics (ONS) show that about one in 260 people in private households in England had Covid in the week to 26 June.

This is up from one in 440 in the previous week and the highest level since the week to February 27.

Dr Nagpaul said that, while the hospitalisations remained low compared to the rise in cases, the numbers were “increasing at pace” with twice as many Covid patients in beds and on ventilators than this time last month.

He added: “Even if people aren’t getting admitted to hospital at the same rate, spiralling levels of community transmission provides a fertile ground for new, potentially vaccine-resistant variants to develop.”

Dr Nagpaul stressed that the BMA was not asking for a “full delay” of 19 July but a series of “targeted measures” to help prevent transmission of the virus.

These include requiring people to continue wearing masks in enclosed public areas such as on public transport and in shops, and “significantly improved” public messaging emphasising that practising social distancing and meeting outdoors or in well-ventilated spaces – and wearing masks when this is not possible – remains the best way to reduce risk of infection.

Dr Nagpaul added: “Everyone appreciates the efforts and sacrifices we have all made so far to suppress the spread of the virus, and it would be tragic if we were to undo this good work now.

“We are not asking for a full delay on July 19, rather a series of sensible, targeted measures that will help prevent transmission of the virus while having a minimal impact on people’s daily lives.”

Related: Hancock affair was an issue on the doorstep, says Tory Party co-chair