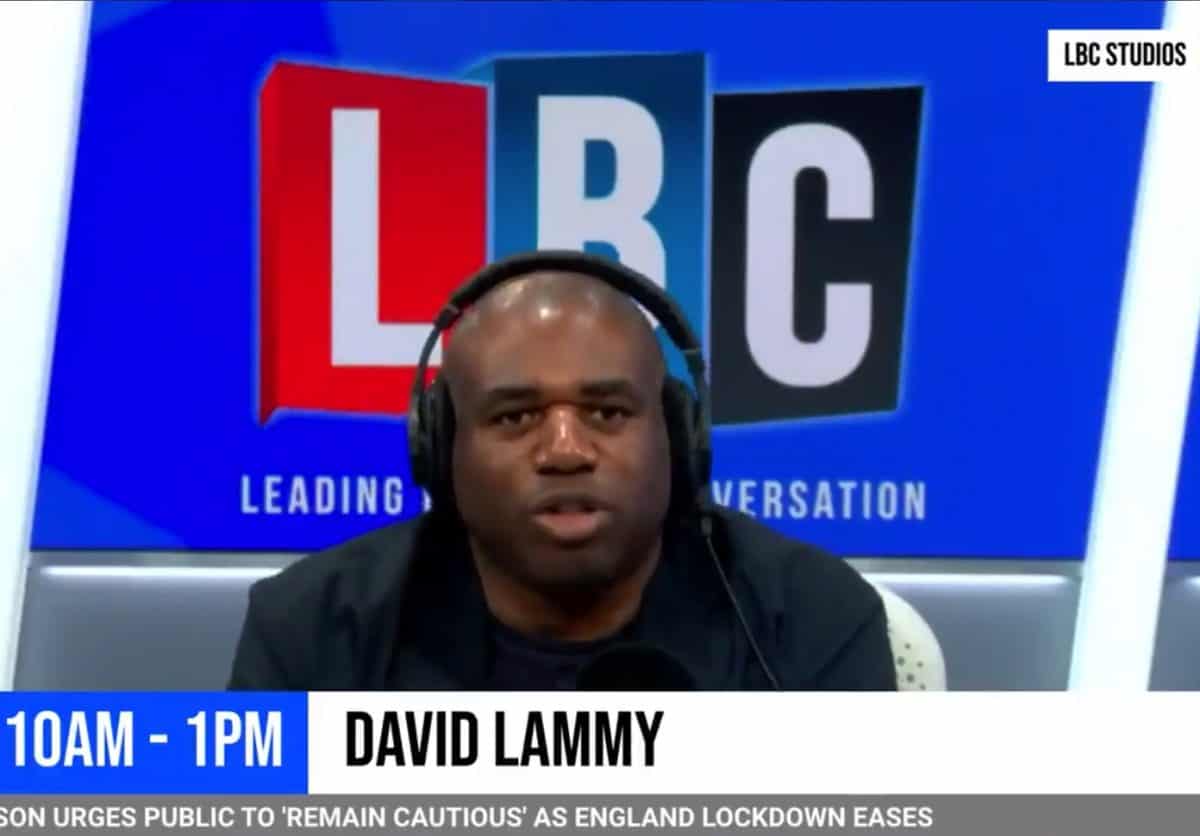 David Lammy delivered a stirring response to the government’s diversity report after the Commission on Race and Ethnic disparities found no evidence of “institutional racism” in Britain.

The Labour MP listed the names of families who had suffered first hand from institutional racism on his LBC show this morning.

He said: “Young people are saying black lives matter and Boris Johnson stands in their way.”

It comes after Tony Sewell, the chairman of the race commission, said while there was anecdotal evidence of racism, he denied there was any proof that it was structural, saying there was data to show some ethnic minorities were doing well in the jobs market and in education.

The landmark study, set up in the wake of the Black Lives Matter movement, found that while prejudice certainly exists, racism within the UK’s institutions does not.

Dr Halima Begum, chief executive of the Runnymede Trust, said it was “deeply, deeply worrying” that the commission has denied the existence of institutional racism, while Independent MP Claudia Webbe tweeted that the finding was a “slap in the face”.

This is David Lammy's stirring response to the diversity report which finds the UK is not institutionally racist. @DavidLammy pic.twitter.com/eyeNefWKXP

There were also a number of vocal critics of the report on social media, with several people pointing to a similar report brought out on Tuesday that found Met Police officers ‘acted appropriately’ at a vigil for Sarah Everard and were not heavy-handed.

Jon Stone pointed out that it has been “two days in a row the British state has produced reports into itself that say ‘don’t believe your eyes'”.

That’s two days in a row the British state has produced reports into itself that say ‘don’t believe your lying eyes, we’re perfect and can do no wrong’

James O’Brien struck a similar tone, describing it as the Emperor’s own report on the quality of his new clothes.

I for one have really enjoyed the Emperor’s own report on the unassailable quality of the Emperor’s new clothes. Clearly, said clothes are a model of quality clobber that other Emperors would do well to emulate.

While Ash Sarkar raised questions over the report’s handlers, Dr Sewell and head of the Number 10 policy unit Munira Mirza, both of whom have questioned the existence of institutional racism previously and produced the same findings.

Dr Begum added: “What hope did we have that they were going to look into this in an objective manner, if not follow whatever the Government mantra is?”