The Met chief said critics of the police handling of the Sarah Everard vigil spoke “without knowing the facts". 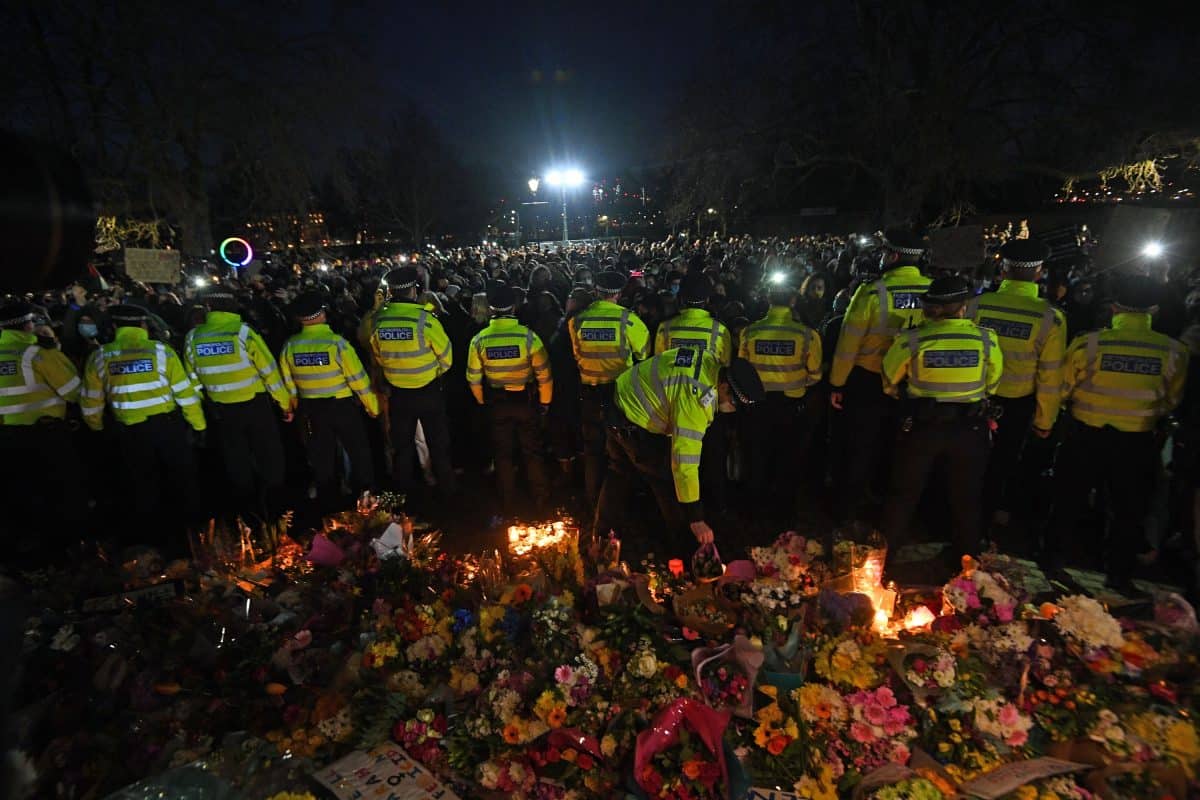 Critics of the police handling of the Sarah Everard vigil spoke out “without knowing the facts”, Britain’s most senior officer has said.

Dame Cressida Dick told the Today programme on BBC Radio 4 that “a social media pile-on” had damaged confidence in policing.

A visit by the Duchess of Cambridge to the event in Clapham Common on 13 March was legal because she was working, she added. Officers did not intervene in the vigil for the first six hours while many people, including the royal, came to lay flowers.

By the evening, hundreds of people had gathered on Clapham Common and refused to leave when asked by police, leading to clashes that saw protesters bundled to the ground and arrested.

‘We knew it would be unlawful’

Dame Cressida, the Commissioner of Police for the Metropolitan Police, said: “It was clearly possible under the law for somebody who lived locally to walk as many did and lay flowers legally.

“There are other reasons why people might be in the area and they could have laid flowers calmly and peacefully, potentially legally.

“You would have seen for six hours we did not enforce any laws, we showed some discretion and we allowed people to carry on.”

She said she had warned City Hall and senior members of the government that the event was likely to become an illegal mass gathering and end with arrests.

Dame Cressida said: “We knew that it would result in a mass gathering, we knew there would be large numbers, we knew who would come, we knew it would be unlawful.”

She added: “What I was saying consistently was this is likely to be illegal, if it is illegal and people do not disperse when they’re asked to do so, we will use as much discretion as we can, we will encourage people, we will try to get them to disperse, but if they don’t disperse we will end up arresting people.”

Referring to the Duchess of Cambridge’s brief attendance at the vigil, she said: “She’s in the course of her duties, she was working.”

On Tuesday, an official report from the watchdog, Her Majesty’s Inspectorate of Constabulary and Fire and Rescue Services, backed the Met’s handling of the event and found no evidence of heavy-handedness.

But it criticised the force’s “tone deaf” response to criticism of the way it dealt with protesters, saying the Met should have taken a more conciliatory approach.

Dame Cressida said: “The report suggests that if we had been slightly more conciliatory, I think was the word, in our communications afterwards, then that might have helped with what I think is, in modern-day parlance, a kind of social media pile-on.”

Asked if she accepted that, she said: “We have to go away and think about that, of course we do. We have to see whether … we lacked empathy.”

‘Stop and think before judging’

The Met was strongly criticised in the immediate aftermath of the event, with calls for Dame Cressida to resign led by Lib Dem leader Sir Ed Davey.

Dame Cressida said some people had spoken out in the immediate aftermath of the Clapham Common vigil “without knowing the facts”.

She said: “I think there are two things that come out of this report about the immediate aftermath.

“The first is that people in public life, people in responsible positions, should stop and think before they judge, whoever they may be.”

She added: “People should stop and think, because if they comment without knowing the facts, they may – and I would suggest on this occasion some people did – affect public confidence in their police service inappropriately.

“And, secondly, affect the officers’ confidence about volunteering for the same duty in the next instance, if they are actually going to be criticised even when they’ve done a really good job.”