The paper's Friday front page is a must-see, but it might burn itself onto your brain forever. 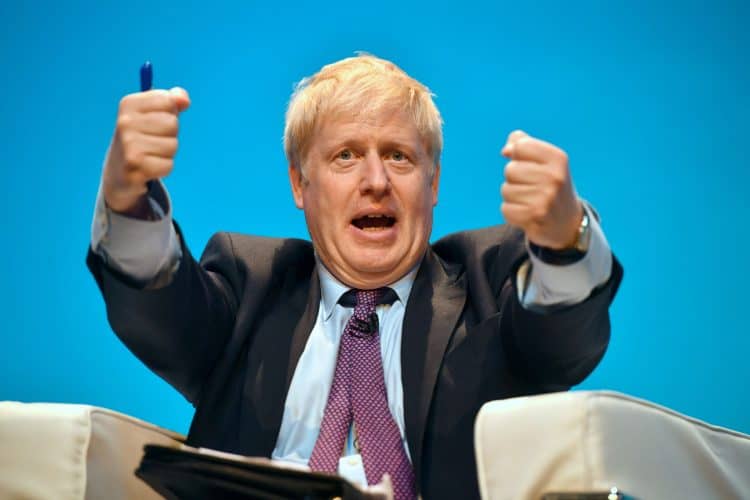 The Daily Star won Friday’s battle of the front pages with a hilarious lampoon of Boris Johnson’s luxury getaway to Marbella.

The prime minister is now back from his Spanish retreat – but long-lens snappers have managed to catch him relaxing all week.

If you thought the Mirror spying Johnson painting at an easel was good, then you’ll love what the Star came up with.

Emblazoned with “YETI FOUND IN MARBS”, the paper’s front page features a photo of the prime minister walking, topless, through some shrubbery.

The caption is fitting: “Who’s put his big foot in it again?”

The luxury Marbella villa where Johnson has been staying this week is linked to a number of offshore tax havens, it emerged on Thursday.

The Spanish estate – with two swimming pools, organic farm and private woodland – has been lent to the prime minister by environment minister Zac Goldsmith.

But documents seen by the Guardian indicate that the villa has been held by an opaque offshore structure based in several tax havens.

They suggest that Goldsmith and his family may have owned the property through a Maltese company held by firms in Turks and Caicos – and administered by a wealth planning company in Switzerland.

Goldsmith declined to answer questions about the arrangements, although there is no suggestion of any wrongdoing.

But the prime minister’s stay, coming just days after the publication of the Pandora Papers, will call into question his government’s commitment to improving transparency in offshore property ownership in the UK.

Last week, responding to the leaks, Rishi Sunak – the chancellor – said the use of offshore companies to avoid tax “is a global problem”.