“I always thought that that appointment (of Mr Cummings) was, personally, going to end somewhere along this road.” 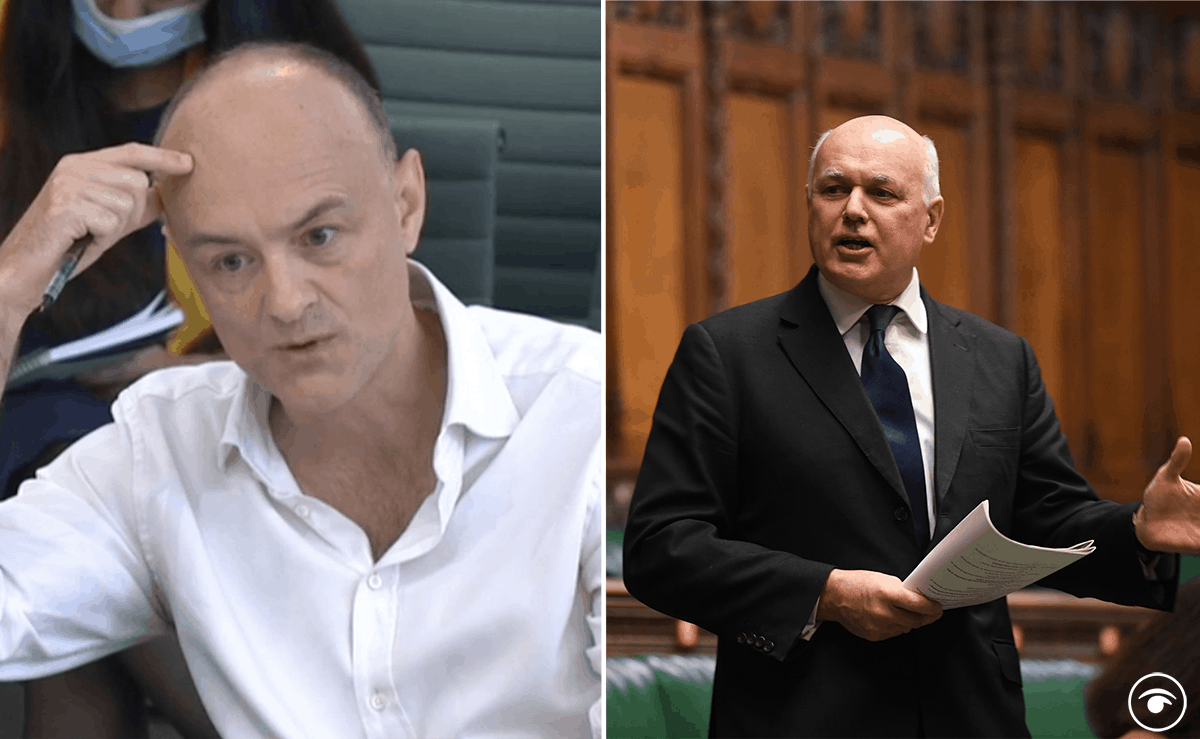 It was Dominic Cummings’ job to ensure the Prime Minister was focused on battling the pandemic, ex-Tory leader Sir Iain Duncan Smith said following the former aide’s savage testimony about the chaos in No 10.

Boris Johnson’s former adviser Mr Cummings claimed the Prime Minister was having a “very difficult time” in his private life in mid-February last year, a time when the Government was not on a “war footing” to deal with the emerging coronavirus crisis.

But Sir Iain, who had his own bitter falling out with Mr Cummings as Tory leader, said it should have been the former aide’s job to ensure that Mr Johnson’s “rather complicated life” was managed.

Giving evidence to MPs on Wednesday, Mr Cummings said the Prime Minister was dealing with his divorce from Marina Wheeler and his relationship with Carrie Symonds during February.

“He was finalising his divorce, his girlfriend wanted to announce being pregnant, an engagement… certainly he had a very difficult time mid-February in his private life for sure.”

Sir Iain told BBC Radio 4’s Week In Westminster: “We all have to handle things and crises that happen within families, even while we are running things.

“The idea that somehow these were peculiar to the Prime Minister – maybe in the extent of them, and maybe in a rather complicated life sometimes – but that still doesn’t mean you can’t focus.”

In response to the suggestion that Mr Cummings was claiming the Prime Minister was not focusing on the issue, Sir Iain said: “Well, maybe, but what is the role of Dominic Cummings as his main political adviser?

“To structure things around him so that the key moments are dealt with in a structured way, allowing him to focus on the requirements and the decisions that are needed.”

Sir Iain said Mr Cummings’ goal was “to do as much damage to Boris Johnson as possible”.

“Goes to the heart of his character”

He suggested it was inevitable that the relationship with Mr Cummings would result in a row “because this goes to the heart of his character”.

While Mr Cummings was intelligent, has good ideas and is a disrupter, “managing the arguments and bringing people with you” were what was required in running a government “and of course, this was not what he really does”.

“And therefore his frustration and his anger that everybody else’s belief is stupid – as with me, as with Boris Johnson – nobody is good enough to understand what he really wants, and therefore they are to blame for it.”

Sir Iain said a prime minister was often only as good as the “structure and the people” around them.

“I always thought that that appointment (of Mr Cummings) was, personally, going to end somewhere along this road.”