The Times had reported that Dilyn the dog might not "make it through the next reshuffle." 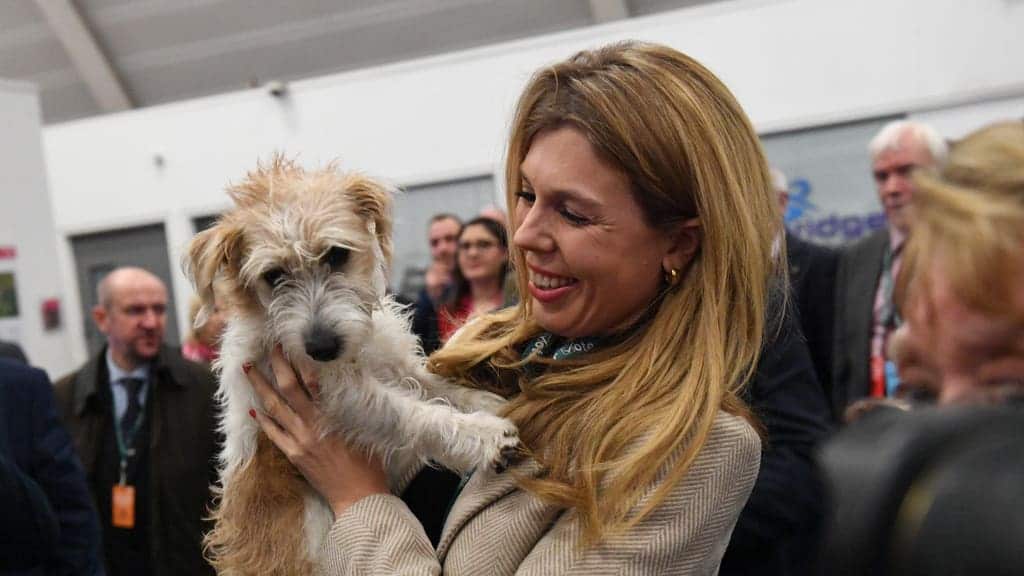 Boris Johnson reportedly refused to send a letter penned by fiancee Carrie Symonds following a newspaper report on her dog.

The PM’s wife-to-be claimed the animal’s rights were being infringed like a child after going “crackers” over a “completely trivial” story in The Times last March.

The story claimed that Symonds and the Prime Minister were considering re-homing the dog because of its poor health.

According to the Daily Mail, the letter Ms Symonds drafted accused The Times of being in breach of the Editors’ Code of Practice in Clause 1 (Accuracy), Clause 2 (Privacy), Clause 3 (Harassment) and Clause 6 (Children).

The draft letter, which was signed by both their names, said it was “totally untrue to suggest that he suffers from chronic ill health” and added that “Dilyn is and always will be a much-loved member of our family”.

The letter claimed the article made a number of “highly inaccurate damaging allegations about our home and private life” and that it was “extremely upsetting and hurtful”.

It details that the couple had received “abuse” from the public who had been “misled into believing that we would callously rehome our much-loved family dog”. It ends by saying the couple have been left with no option but to “pursue the matter formally with IPSO”.

The report at the time stated Dilyn had proven quite a “sickly animal” and quoted one Whitehall source predicting: “I’m not sure that dog is going to make it through the next reshuffle.”

Symonds was poised to react but Johnson, acting on the advice of Dominic Cummings, intervened and told her it was a waste of time.