Cummings has once more launched a broadside at Boris on his blog, accusing him of not knowing his Brexit details. 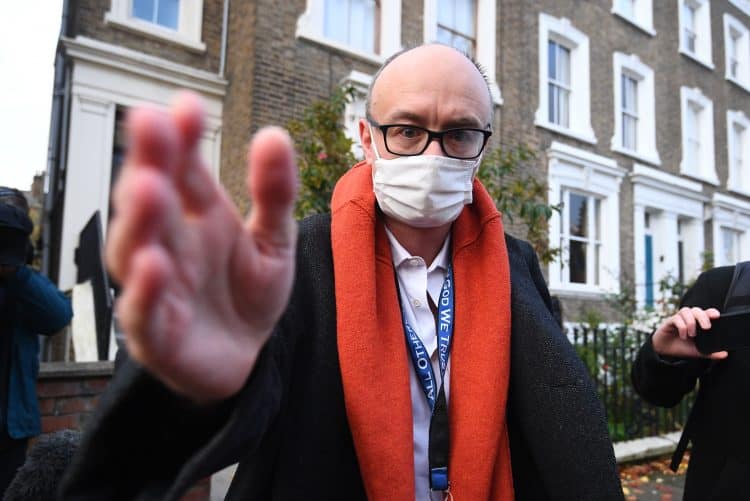 Boris Johnson didn’t “even vaguely understand” what quitting the EU Customs Union meant until as late as October 2020, his former adviser Dominic Cummings has claimed.

Writing on his Substack page, Cummings claims he will “never forget the look on his face” when Lord Frost – the Brexit minister – told the prime minister what it meant as negotiations reached a climax.

He claims Johnson face was “priceless”, writing: “He sat back in his chair and looked around the room with appalled disbelief and shook his head.

“Horrified officials’ phones pinged around the Cabinet table. One very senior official texted me, ‘now I realise how you managed to get Brexit done’. As Hunter S. Thompson said, humour in politics is usually dark.”

Elsewhere in his blog, Cummings leapt on the Tory sleaze scandal – as questions swirl around MPs’ second jobs – to remind the public that Johnson was engaged in a side hustle of his own: writing a book about William Shakespeare.

Looking to get in on the action, Johnson reportedly asked his top aide to advise on the feasibility of him “spending a lot of time writing” his Shakespeare book.

“The fucking divorce,” he allegedly said, “very expensive. And this job. It’s like getting up every morning pulling a 747 down the runway.”

Cummings wrote: “So WTF is he doing having a go at MPs given all his own outside earnings – and attempted outside earnings and illegal secret donations – while he’s supposed to be pretending to be PM?!”

Related: Boris ‘must have forgotten his second job writing his Shakespeare book’ – Cummings