Nadine Dorries talked about people being able to ‘downstream’ films online, and referred to tennis courts as ‘pitches’. 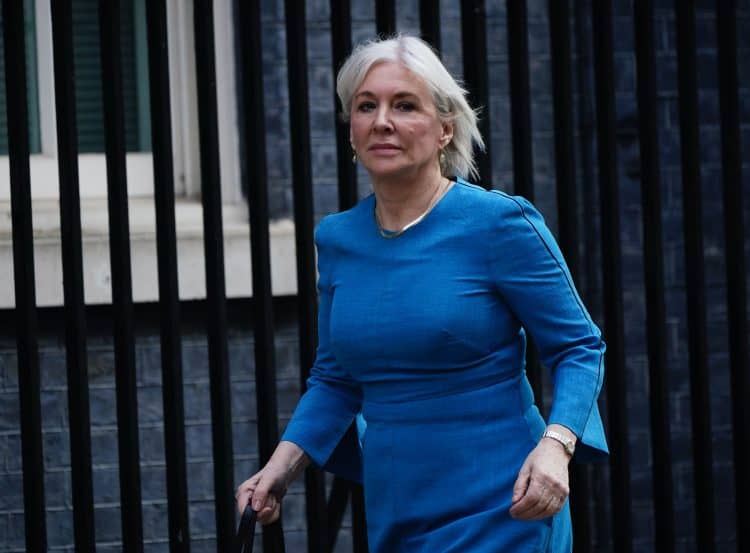 The Culture Secretary has accused commentators of mocking her dyslexia after she muddled her words in a video posted on social media by a Conservative MP.

In a TikTok video, Nadine Dorries is heard talking about people being able to “downstream” – rather than download – films online, and refers to tennis courts as “pitches”.

Taking to Twitter on Saturday to defend the mix-ups, the Cabinet minister said her dyslexia means she can find it “difficult” to find the correct expression when speaking.

Dyslexia is described by the NHS as a common learning difficulty that mainly causes problems with reading, writing and spelling.

Ms Dorries said: “I have dyslexia, which means that when I speak I often run my words together and say things that sound like the words I’m trying to say.

“Sometimes it’s funny and I laugh it off… but mostly, it’s just difficult.

“I’m OK with that. I’ve been in politics a long time and you grow a thick skin. It’s why I haven’t spoken publicly much about how it affects me.

“But I’ve found it tough seeing commentators and media outlets mock me for something that is beyond my control.

“For other dyslexia sufferers, we learn that it’s what you achieve in life that counts, not what those who mock you say.”

The footage, posted online on Friday by Luke Evans, the Tory MP for Bosworth, sees Ms Dorries explaining the work of the Department for Digital, Culture, Media and Sport (DCMS), which she oversees.

“We’re responsible for making sure you have superfast broadband in your home, that means you can downstream your movies,” she told Dr Evans.

She went on to say that her department was also “responsible for everything to do with sport, making sure you’ve got football pitches and that you have tennis pitches in your communities where you can play and exercise your sport”.