Despite appearances, it's not actually so simple... 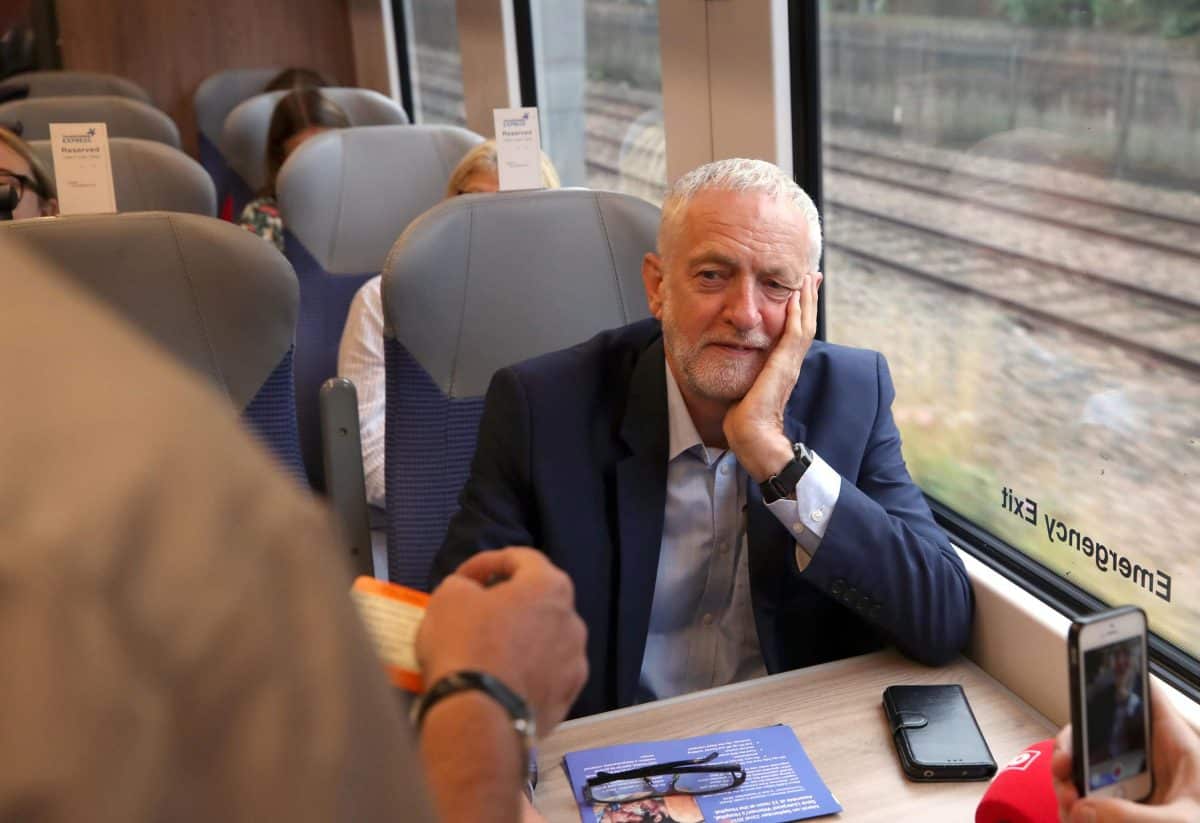 The government has announced a major shake-up of the UK’s rail network, bringing vast swathes of the country’s railways into state control.

However the industry will remain substantially privatised, with franchises replaced by contracts to incentivise private firms on punctuality and efficiency as opposed to raising revenue.

The transport secretary, Grant Shapps, said passengers had been failed by “years of fragmentation, confusion and overcomplicating” – and that GBR would “become a single familiar brand with a bold new vision for passengers – of punctual services, simpler tickets and a modern and green railway that meets the needs of the nation”.

Despite a few caveats, the policy is not radically different in substance to one first proposed by Jeremy Corbyn who, in one of his first acts as leader in 2015, outlined plans to bring rail franchises back into public hands.

A programme of nationalisation was at the heart of Labour’s manifesto in 2019, with the party proposing to bring the Royal Mail, energy supply networks, water and sewerage companies as well as the rail network into public ownership.

Unsurprisingly, Corbyn’s supporters were out in force this morning on social media – with #CorbynWasRight trending on Twitter.

“The Labour plan is for public ownership of our railways.” @jeremycorbyn #CorbynWasRight pic.twitter.com/gN1iCBvdkl

If @UKLabour weren’t so pathetic, they’d acknowledge that on many of the issues Jeremy really DID “win the argument”.

But they’re so arrogant & childish they’d rather drive off the cliff.

Let them. It’s rotten to the core. Just look how they have treated him.

So the Tories are quietly accepting that #CorbynWasRight by re-nationalising the trains (though with opportunities for their dodgy chums to make money), but they are taking the opportunity to add a bit of flagshagging nationalism by calling it Great British Railways pic.twitter.com/8YvpTpyNWi

But others were quick to point out that the government’s policy and Corbyn’s are very different, arguing that #CorbynWasRight misses the point.

While Corbyn had called for a “fully publicly owned railway system”, the Tory alternative will remain heavily privatised – albeit with different contractual incentives aimed to encourage efficiency over profit.

It's really telling of the reductive way the media both reports things and how quickly we skim things that #CorbynWasRight is trending because people think the railways have been nationalised, when they absolutely haven't been

Andrew Fisher, a former Corbyn aide, suggested that Great British Railways “remain privatised”, and called it “a pale imitation” of the Labour plan put forward in 2019.

This is quite a misleading headline.

There is little that is unified about the government's new rail plan, and it falls far short of an integrated public system … ?https://t.co/1kjy4DYf1d