The Mersey Tidal Power Project aims to utilise the power of the Mersey and Liverpool Bay to power up to a million homes, it is claimed. 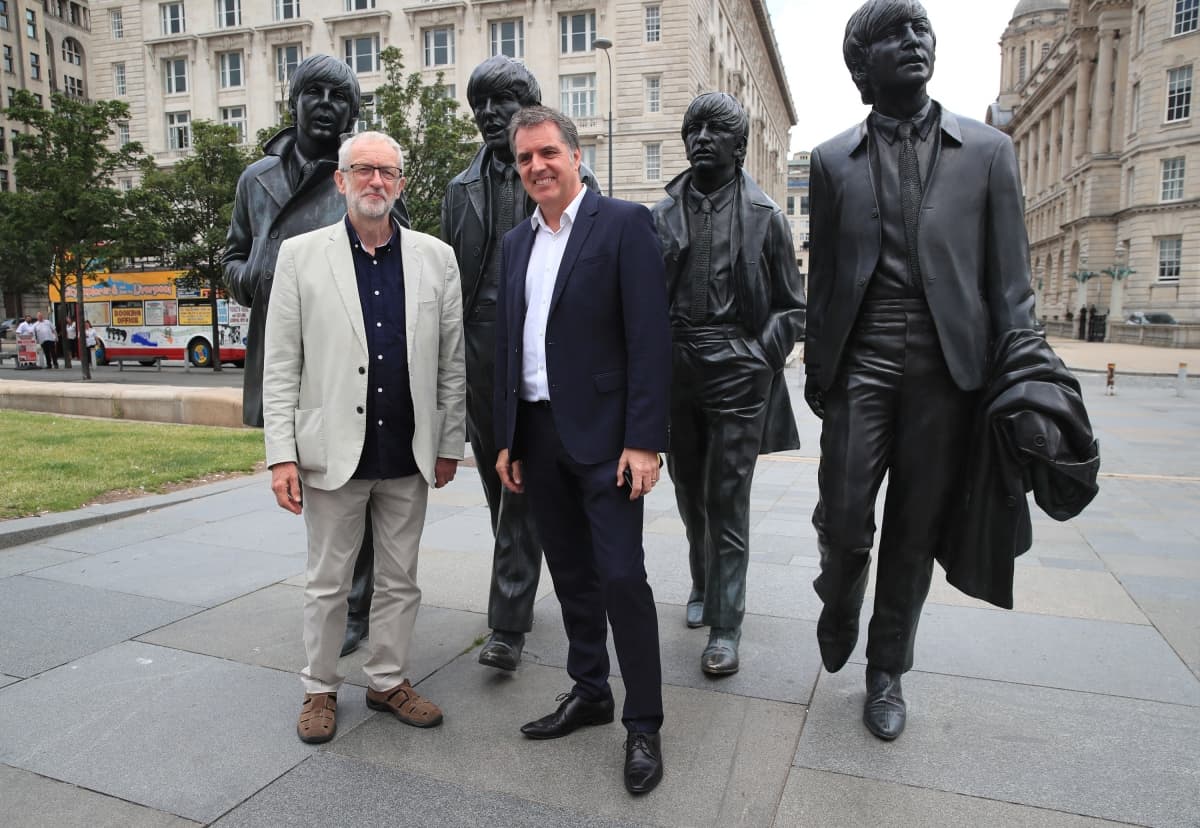 Jeremy Corbyn said a Labour government would invest £3.5 billion in a major project to harness the power of the River Mersey while on a visit to Liverpool on Friday.

Mr Corbyn said the plans would generate electricity for hundreds of thousands of homes, tackle the “climate emergency” by harnessing renewable energy and create high skilled jobs in the region.

The Mersey Tidal Power Project aims to utilise the power of the Mersey and Liverpool Bay to power up to a million homes, it is claimed, as part of Labour’s commitment to boost investment in the North through its “green industrial revolution”.

Mr Corbyn spoke to Steve Rotheram, Mayor of the Liverpool City Region about the plans on his visit to the city.

Mr Corbyn said: “I see it as a fantastic opportunity. Steve Rotheram and others have been working on this very hard for a long time.

“The idea, of a barrage that will generate electricity in the Mersey where there’s a huge tidal rise and fall, the environmental impact assessment of it, the benefits of it to our world, because we are reducing carbon dioxide emissions, but also the jobs you create locally, Cammell Laird and all the other places around Merseyside where there’s amazing skills of shipbuilding, which can actually be easily transferred into the sort of technology of barrage construction.

“The idea being we deal with our energy needs in the future in Britain by largely using renewable resources, there’s nothing more renewable than tides.”

Mr Corbyn derided the new Prime Minister Boris Johnson’s fresh commitment to the “Northern Powerhouse” claiming Mr Johnson had also promised tax cuts for the rich and investment in public service but “you can’t do both”, he said.

The Labour leader said his party was committed to setting up a National Investment Bank, a Regional Transformation Fund for electrification of more rail lines, a “Crossrail for the north”, and a promise to transfer The Treasury department, from London to the north.

“We have an unbalanced economy, we put far too much into London and the south east, far too little into the north east and north west.”

Labour says that its green investment plans will create 400,000 new jobs through investment in schemes including the world’s biggest offshore wind farm in the North Sea.

The party plans to establish a £250 billion national transformation fund based in the North, to ensure investment is focused on closing the North-South economic divide.

Mr Corbyn was also visiting Manchester later on Friday for a rally of party supporters.