Corbyn says the new evidence "leaves Boris Johnson’s denials in absolute tatters", adding that "this election is now a battle of survival for our NHS". 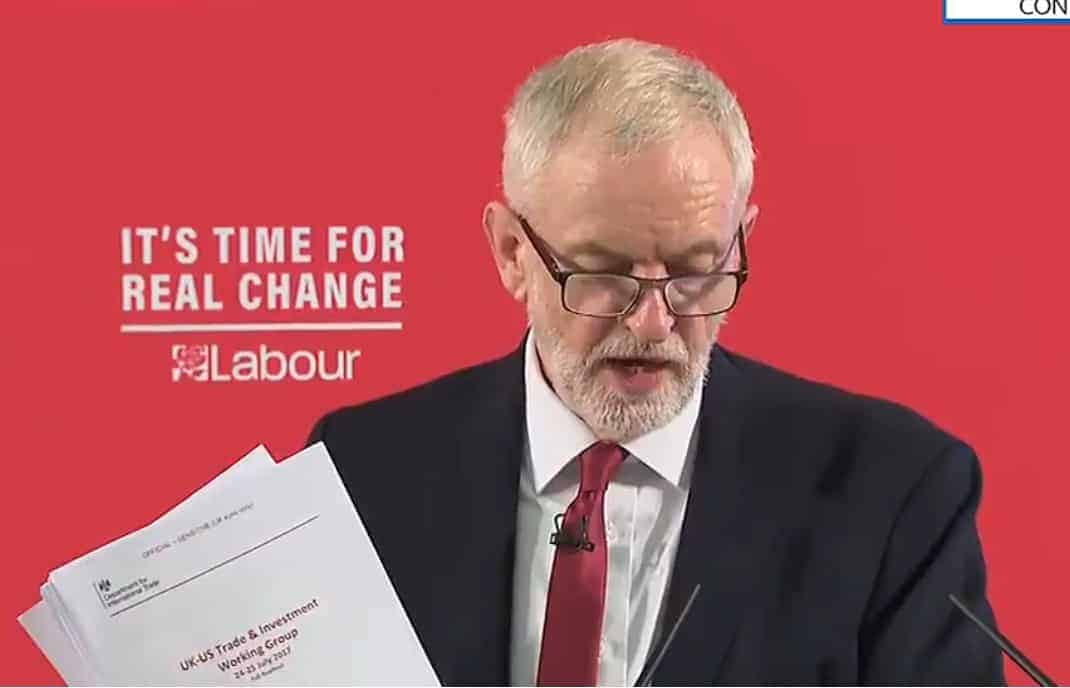 Jeremy Corbyn has sensationally revealed unredacted government documents which confirm the NHS is up for sale as part of trade talks with the US.

Speaking at a conference this morning the Labour leader revealed 451 pages of sensitive documents that chart seven rounds of negotiations from 2017 to a few months ago.

According to the papers some elements of the discussions have already been concluded, while others are at advanced stages.

Corbyn says the new evidence “leaves Boris Johnson’s denials in absolute tatters” and disproves the Prime Minister’s argument that Labour’s claim about the threat to NHS is an ‘invention’.

He added that “this election is now a battle of survival for our NHS”, with big pharma seemingly ready to pounce on the UK’s national health body.

Wonderfully brutal from Corbyn. Tories are in a huge hole now and Johnson is famously bad at digging himself out of one #NHS #GE2019 https://t.co/TT5HiBabr4 pic.twitter.com/OC3EILjlmk