The Labour leader joked he had ‘chips for the many’ as he visited Whitby, North Yorkshire. 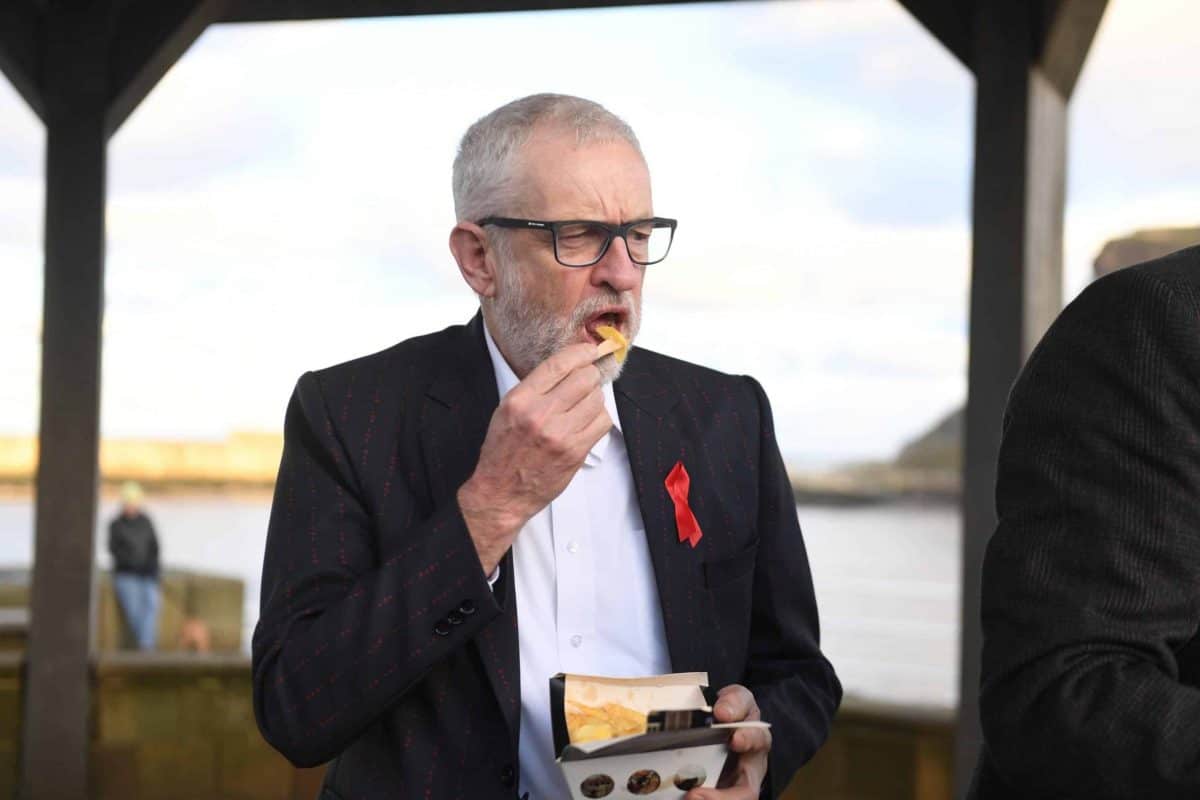 Jeremy Corbyn wore a specially made jacket with his motto “for the many not the few” printed on it as he hit the campaign trail in North Yorkshire.

The Labour leader shared out a box of chips with chilly photographers beside Whitby Bandstand in the fishing town, joking “chips for the many, there you go”.

He tucked into the salt and vinegar-covered treat alongside Labour‘s candidate for Scarborough and Whitby, Hugo Fearnley.

Mr Corbyn donned the dark jacket with red writing for the visit.

He said it was a present from Fabian Hamilton, who is standing in the Leeds North East constituency, and he was given it on Saturday night ahead of an NHS-themed rally.

Mr Corbyn said: “He has a friend of his who is a tailor. He gave me this jacket and it’s quite splendid.”

He joked: “It almost fits. “I don’t know if we need the jacket to grow or me to shrink.”

Mr Corbyn then offered to share his snack, asking photographers: “Do any of you guys want a chip? “They’re really good.”

A photographer then joked “many chips for the few”.

Mr Corbyn replied: “Chips for the many, there you go.”