And he reveals what Boris Johnson said to him during a meeting on protecting jobs. 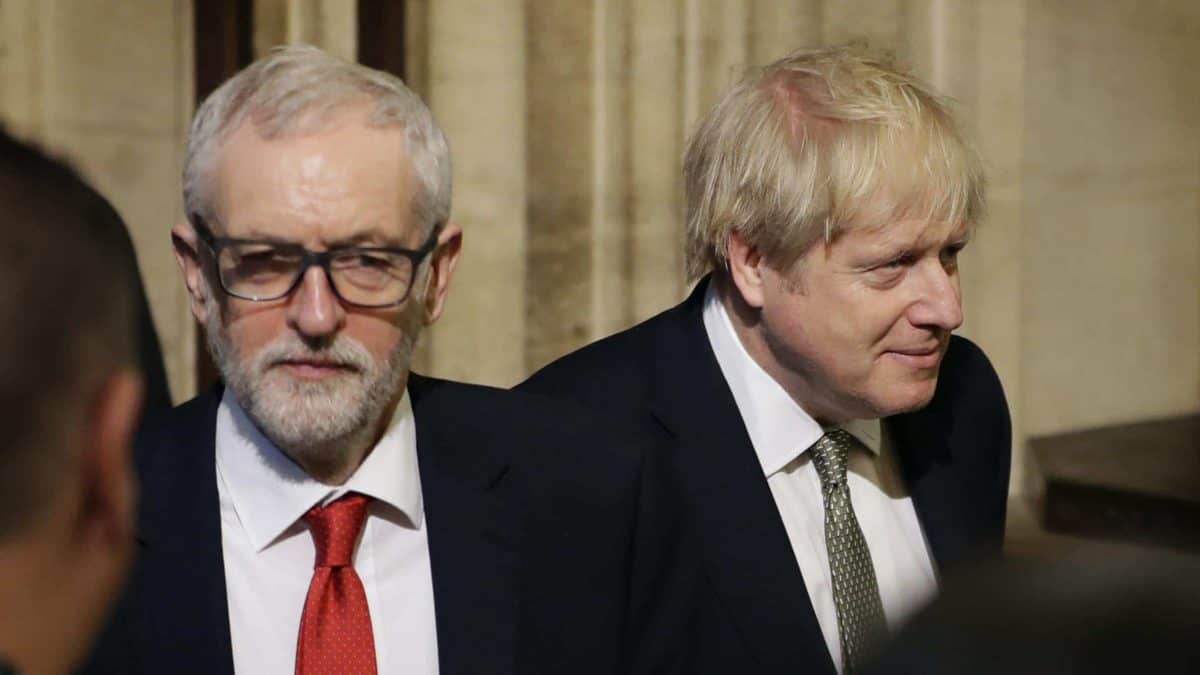 Jeremy Corbyn has revealed for the first time what the government told the opposition about its Coronavirus strategy in the crucial early months of this year.

Speaking to economist and author Grace Blakeley for the launch episode of her podcast ‘A World to Win’, the former Labour leader said he received an official government briefing about the pandemic that consisted of a “lecture” about herd immunity, which he branded “absurd” and an “eugenic formula” based on “allowing people to die”.

Mr Corbyn also says that Boris Johnson suggested that he “didn’t want to introduce the furlough scheme” in a meeting between the two of them, which Corbyn branded “bizarre”.

He credits “robust” pressure from former shadow chancellor John McDonnell and the trade unions for securing concessions from the government to support workers and businesses without which “people would be even worse off”.

“Writ large the inequalities in our society”

Corbyn uses the interview to highlight how the coronavirus has “exposed and writ large” the “inequalities in our society”.

He condemns “corporate welfare” and argues that “if we’re putting money into big companies… then we should be putting in government appointed directors as well to make sure those companies work in the public interest.”

In a wide ranging discussion, Corbyn reveals his frustration over Labour’s Brexit divisions, saying that he “felt like almost the last person defending the party position” and regrets “the amount of time and energy that was taken up with almost endless repetitive debates.”

He also tells Blakeley of his plans to announce ending rough sleeping as his first major act as prime minister had Labour won the 2019 general election.

Looking back on his time as leader, Corbyn says he’s particularly proud of the apology he gave on behalf of the Labour Party to military families for the “wrong and illegal Iraq war”, Labour’s 2019 manifesto being rated the greenest by Friends of the Earth and developing an “economic agenda that is radically different”.

In personal reflections about his relationship with the media, Corbyn admits that the “way the most aggressive media attacked me took me by surprise”. And he discloses the impact of this “day in, day out” pressure, telling Blakeley that the “way my family was maligned and abused…does have an effect.”

Corbyn thanks his neighbours, who were frequently disturbed by journalists camped outside the Corbyn’s Islington home, for their “amazing solidarity” in sending him a “lovely, huge card signed by pretty well everyone in the entire street.”

Elsewhere in the interview, the former Labour leader also calls for Labour to always be a proud socialist party, backs net zero emissions by 2030, calls for a Global South debt write off, and describes the Black Lives Matter movement as “one of the most powerful things that has happened for a very long time.”

A World to Win is a new podcast from Grace Blakeley, author of Stolen: How to save the world from financialisation, and Tribune magazine.

The first episode was released at 7 AM Wednesday 19 August 2020 and is available via https://tribunemag.co.uk/a-world-to-win

Related: Corbyn: This U-turn wouldn’t have happened without student protests and teaching unions