Hundreds of asylum seekers have been held at the barracks since September, despite health warnings. 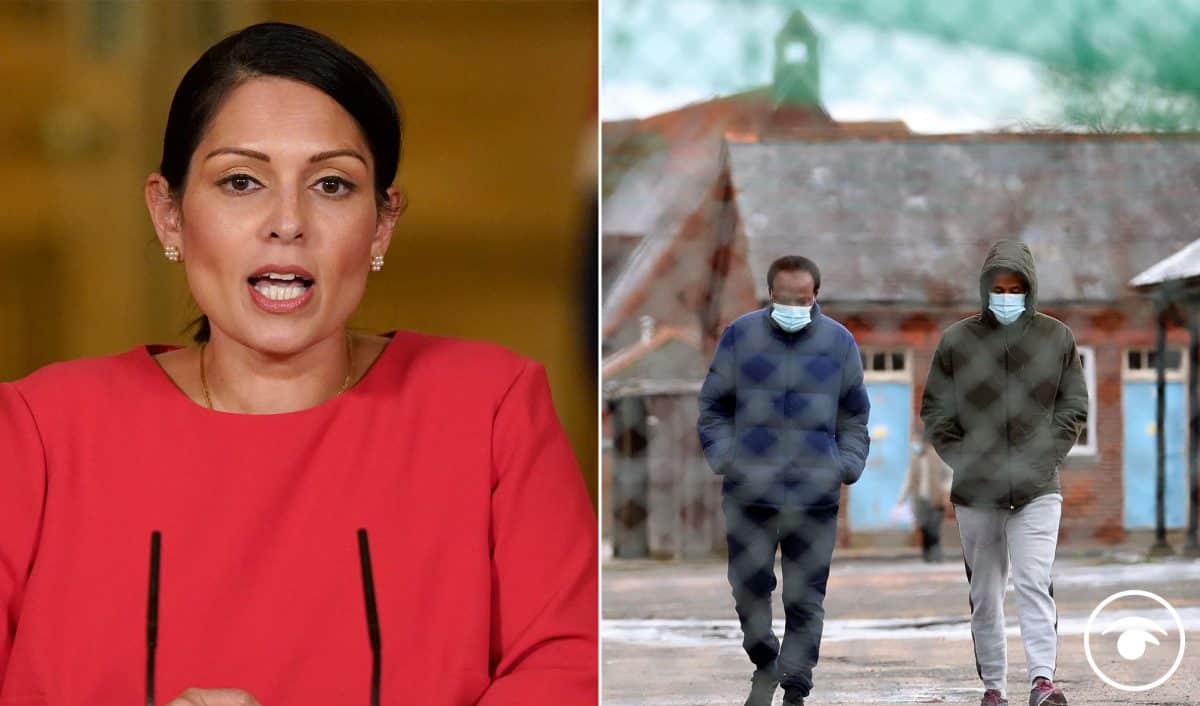 It was a “serious error of judgment” to think that military barracks could be suitable to house asylum seekers, the Independent Chief Inspector of Borders and Immigration has said.

Cross-party members of the All-Party Parliamentary Group (APPG) on Immigration Detention have written to Priti Patel, the home secretary, to say they “entirely agree” with these concerns aired by Independent Chief Inspector David Bolt, whom they met last month.

They branded the conditions at Napier Barracks in Kent and Penally Camp in Wales, where almost 200 people tested positive for coronavirus during an outbreak in January and February, as “utterly unacceptable”.

Both sites have been used to accommodate hundreds of asylum seekers since September, despite Public Health England warning the Home Office that it was unsuitable.

The Home Office said the Covid-19 outbreak has been declared over.

The letter, signed by 21 MPs, states: “We do not believe such sites provide the safe, stable accommodation that people seeking asylum – man, trafficking and other serious trauma –  need in order to recover and rebuild their lives.”

A report from the Independent Chief Inspector of Borders and Immigration (ICIBI) and Her Majesty’s Inspectorate of Prisons (HMIP), who  inspected conditions, laid bare the extent of the concerns raised.

In their letter, the MPs condemn the conditions as “utterly unacceptable” and say the report highlights “serious failings on the part of the Home Office in terms of leadership, planning and accountability.”

Key problems included the ineffective safeguarding or residents which may include children, vulnerable people and those with mental health issues along with filthy or “variable at best” levels of cleanliness.

Other issues included cramped conditions that made social distancing difficult, a lack of information for residents about how long they would be kept at the sites or how their claims were progressing and the negative mental impacts that all of this has on them.

The MPs said they are “extremely concerned” that Napier Barracks is still being used and are calling for it to be shut down, stating that people who may be sent to the site for at least 60 to 90 days are at “very serious risk of harm”.

Changes need to be made to improve safety before new residents arrive, the MPs say. Penally Camp’s closure was announced last month.

Patel and immigration minister Chris Philp have both previously defended the use of such sites, despite the Home Office facing repeated criticism over the decision.