A new video accuses Johnson of "peak insanity" over claims he's made about policing numbers under the Tories. 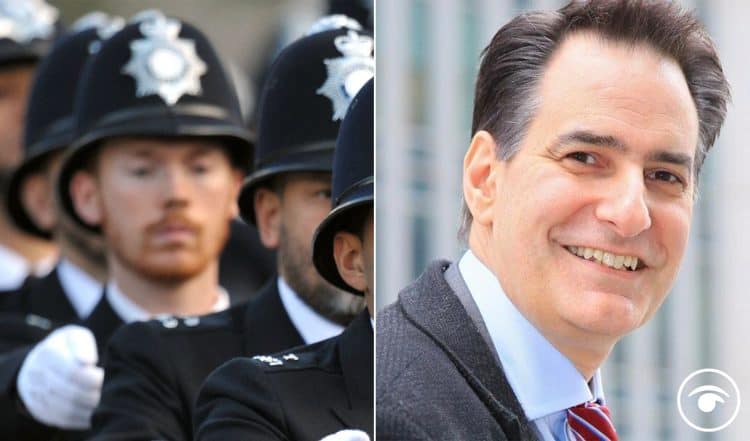 A new viral video has pointed the finger at Boris Johnson for lying about the state of policing in England and Wales.

Highlighting an old clip of the prime minister, in which he claims police “always say” that you can “cut numbers”, campaigner Peter Stefanovic suggested Johnson is “conning the public”.

In a new video, Stefanovic highlighted Johnson’s much-repeated falsehood that the Tories were putting 20,000 new police officers on the streets. In reality, that figure includes replacements for officers who have already quit the force.

Spinning recruitment numbers “as some kind of win with the public is just complete bollocks”, he said, adding that the Police Federation estimates that the true number of police recruits required to rebuild the force is closer to 50,000.

Stefanovic continued: “His party has cut 21,000 of them along with 23,000 support staff and closed 600 police stations.” And, to make matters worse, Johnson “actually blames the police for the reduction in police numbers. If that’s not reaching peak insanity, what is?”

It comes as new polling reveals that half of Britons think Johnson has not been up to scratch as prime minister – a jump of 13 points from last year.

An Ipsos UK survey carried out last week suggests that 54 per cent of Brits think the prime minsiter has done a bad job to date, with almost the same proportion supporting a vote of no confidence in his leadership.

Pollsters said the results show a continuing trend of Johnson’s personal rating “weakening”, amid a storm about claims of coronavirus rule-breaking in Downing Street.

The Metropolitan Police are currently investigating 12 alleged parties held at the top of government during the Covid lockdowns, with Johnson one of about 50 people to have been handed formal legal questionnaires by officers.

Ipsos’s survey found that Johnson’s ratings have slipped across the board, with less than a third of the population believing he has performed well – down by eight points on last year’s polling.

In February 2021, 41 per cent thought he was doing a bad job but that figure has shot up by 13 points to well over half.

According to the polling company’s results, 54 per cent of those who voted Conservative in the 2019 general election see him as having done a good job but that is down from 69 per cent 12 months ago.