Commons erupts into laughter after Tory MP says Hunt should lead debate called ‘Brexit a roaring success, no turning back’

It comes after the Chancellor was forced to deny he was the source of suggestions ministers were considering a Swiss-style relationship with the EU. 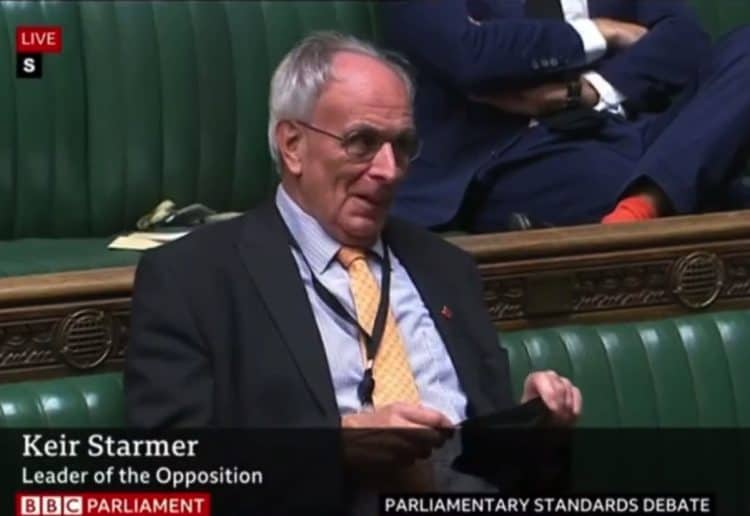 A Tory Brexiteer and former minister sent a less-than-subtle message in the Commons to Jeremy Hunt against “turning back” on Brexit.

It comes after the Chancellor was forced to deny he was the source of suggestions that the Government was considering pursuing a Swiss-style relationship with the EU.

Peter Bone told the Commons during a session of House business questions that Mr Hunt should lead a debate called “Brexit a roaring success, no turning back”.

Speaking about the Brexit campaign group GrassRootsOut, Mr Bone said: “We wanted to end the free movement of people, we wanted to stop sending billions of pounds to the EU each and every year, and we wanted to make our own laws in our own country judged by our own judges.”

He said former prime minister Boris Johnson “delivered all those things”, adding: “Could we have a debate in Government time led by the Chancellor of the Exchequer, saying, well let’s have it entitled, ‘Brexit a roaring success, no turning back’?”

Mr Bone’s comments were met with widespread laughter on the Opposition benches, with some members calling out “more”, and one shouting “let’s have it”.

Commons Leader Penny Mordaunt said: “Leaving the regulatory orbit of the EU enables us to capitalise on some new freedoms to deepen our trading relationships not just with the EU, but with countries around the world.”

She added: “We could not do those things, whether it’s trade deals, whether it’s the MOUs (memorandum of understanding) we are doing with US states, opening up opportunities for our technical professions and procurement.

“There is a lot that we have done, there is still more to do. And I can assure him that this Government remains totally committed to that agenda.”

The Sunday Times reported that senior Government figures were working towards regaining access to the single market.

Fingers were pointed at Mr Hunt as the story’s source because it emerged after he had publicly conceded the Brexit deal had created trade barriers with the EU.

The Chancellor said on Wednesday: “We support the trade and cooperation agreement, we think it is an excellent agreement that was negotiated by Boris Johnson and David Frost.

“We do not support, we would not contemplate, I do not support, I have never contemplated any agreement which means moving away from the TCA (Trade and Cooperation Agreement), that means we are not negotiating or deciding the regulations that we want as sovereign equals, paying unnecessary money to the EU or indeed compromising on freedom of movement.”