Rejoin EU will use the Chester by-election to highlight the votes Starmer could lose in the next election if he continues with his damaging Brexit policies. 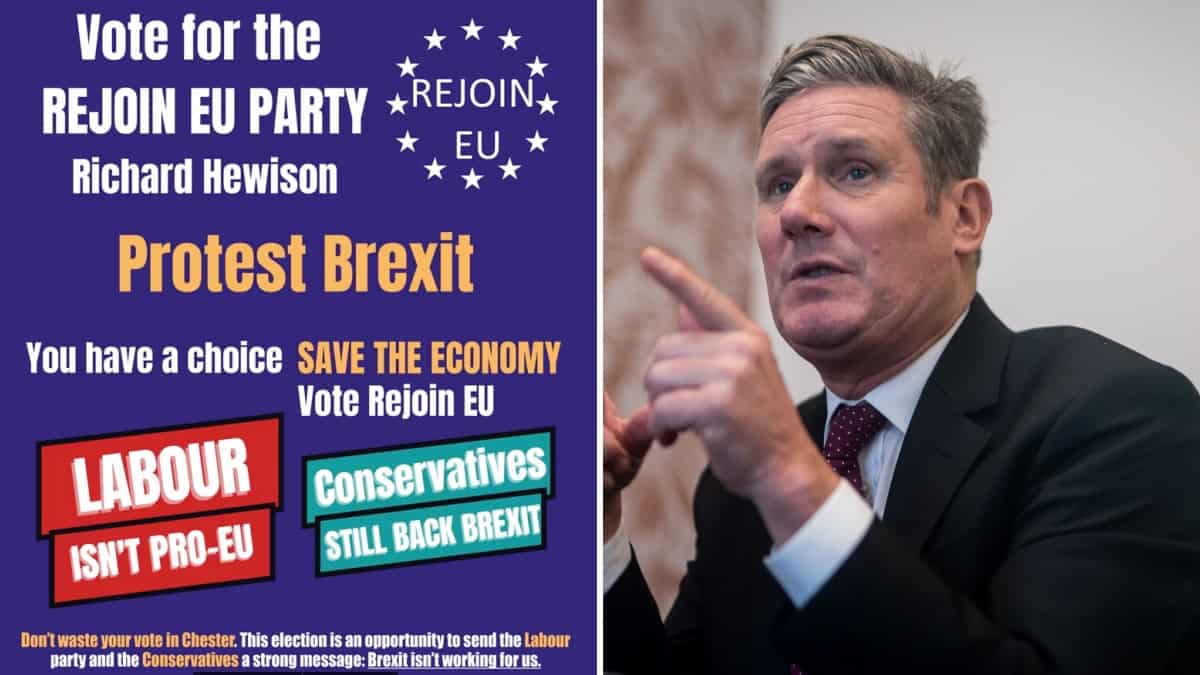 Rejoin EU has run a full-page advertisement in the Chester Chronicle today reminding voters that Labour “isn’t pro-EU” ahead of the upcoming by-election.

Voters will go to the polls on 1st December to vote in the first by-election since Rishi Sunak became prime minister.

The election was triggered by the resignation of Chris Matheson who was suspended from the House of Commons over allegations of sexual misconduct.

The Rejoin EU Party is seeking to use the Chester by-election to highlight the votes that Starmer could lose in the next election if he continues with his damaging Brexit policies.

“The people of Chester and across the country who feel Brexit’s impact the most are those vulnerable people that Starmer and Labour claim have the party’s support. Starmer and politicians in all parties now must stand up and call out this Brexit disaster.”

Local supporter and campaign agent John Falch said: “I’m backing Richard and the Rejoin EU Party because Starmer has failed to stand up to Brexit. I urge Chester’s residents to join me in giving Starmer a wake-up call.”