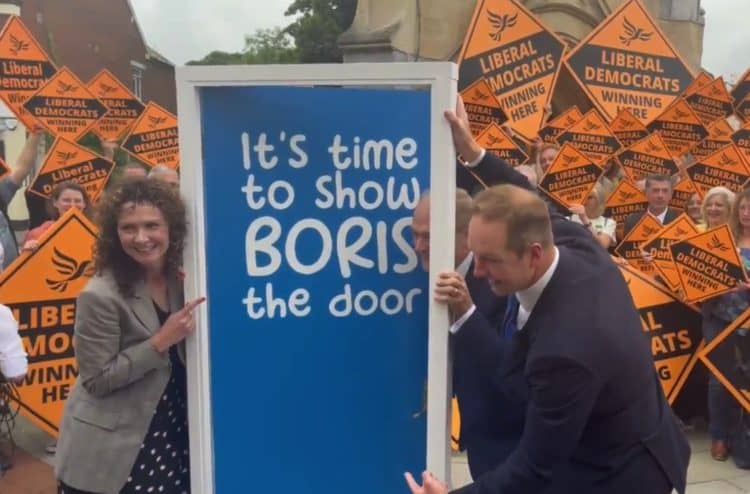 Newly-elected Liberal Democrat MP Richard Foord, who overturned a Conservative 24,000 majority to win the Tiverton and Honiton by-election to send shockwaves through British politics, has called on Boris Johnson to quit as prime minister.

The Liberal Democrats overcame a huge Tory majority to win by more than 6,000 votes in the poll caused by the resignation of Conservative Neil Parish after he was caught viewing pornography on his phone in the House of Commons.

Mr Foord, a married father-of-three, said in a speech after his election: “Tonight, the people of Tiverton and Honiton have spoken for Britain.

“Ours is a great country and there’s no greater part of it than Devon. But everyday Boris Johnson clings to office, he brings further shame, chaos and neglect.”

The party used a stunt door to send a visual message to the PM, but it was the font that got most people talking.