"Literally the funniest hashtag I've ever seen," one person said. 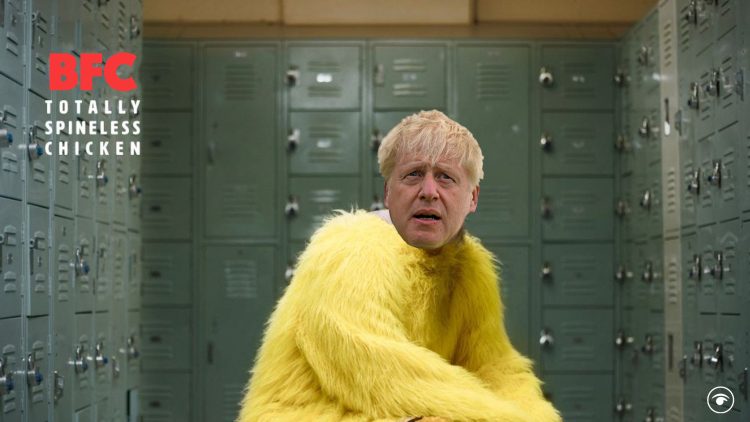 ‘Chicken Kyiv’ was trending on social media after Boris Johnson unexpectedly pulled out of a conference of northern Conservatives to visit Ukraine.

The move, just days before a crucial by-election in Wakefield which the Tories are widely expected to lose, was described as “disappointing” by MPs attending the event in Doncaster, South Yorkshire.

Allies of the Prime Minister dismissed claims he had chosen to travel to meet President Volodymyr Zelensky in Kyiv because he feared the reception he might receive as “conspiracy bollocks”.

However, Jake Berry, leader of the Northern Research Group (NRG) of MPs, said it underlined the importance of giving the region greater control so it was not just reliant on politicians in Whitehall.

He said that unless people in the north were able to see the benefits of levelling up, the Conservatives would struggle at the next general election.

“The Prime Minister’s movement is a matter for Downing Street,” he told Channel 4 News.

“Clearly, people were disappointed. We had 30-plus colleagues here and 400 members.

“What we have set out here today is hugely positive ideas from the north for the north which are designed to appeal to those voters in Wakefield and across the north of England.

“It is about fuelling that debate about how here in the north of England we can take back control of our destiny, not be reliant on a Prime Minister in Whitehall or Kyiv or wherever he may be at an individual moment to change our lives.

“Whoever the prime minister is, whatever is in the Conservative Party manifesto, unless people feel good about what Conservatives are achieving in the north, it is going to be a very difficult election. I wouldn’t run away from that.”

Reaction to the snub has been pretty brutal on social media.

Here’s what people had to say as ‘Chicken Kyiv’ trended on Twitter: