The UK Brexit envoy in Washington Alexandra Hall Hall says she does not want to go on representing a Government she does not trust. 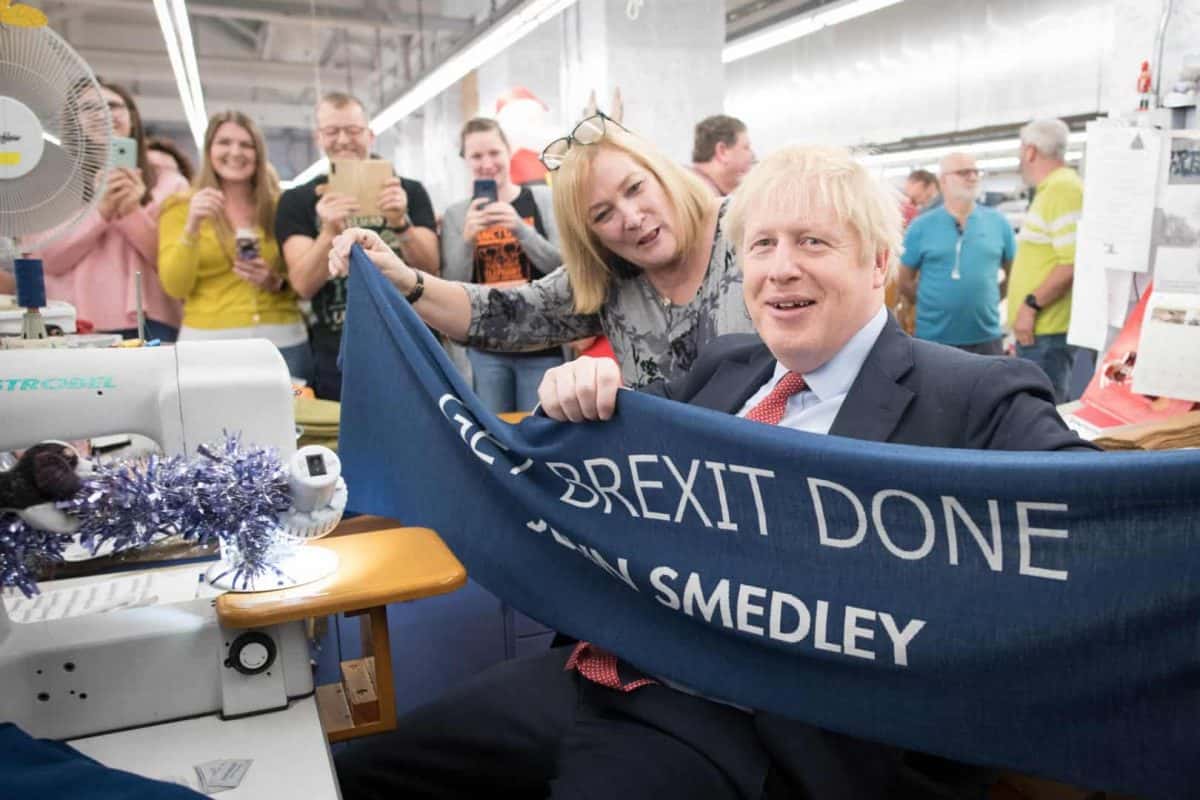 With days to go until the country decides its next government at the polls on Thursday, a top British diplomat in Washington has quit her post, saying she is no longer prepared to “peddle half-truths” about Brexit on behalf of a Government she does not trust.

With Boris Johnson’s lack of honesty a growing theme of the election, Number 10 will be fuming at the development.

Alexandra Hall Hall, the lead envoy for Brexit at the British embassy, accused ministers of using “misleading or disingenuous” arguments about the implications of leaving the EU.

She left with a blistering warning to the UK public just ahead of the election: “I have been increasingly dismayed by the way in which our political leaders have tried to deliver Brexit, with reluctance to address honestly, even with our own citizens, the challenges and trade-offs.”

In her resignation letter, obtained by the US broadcaster CNN, Ms Hall Hall said her position had become “unbearable personally and untenable professionally”.

“I am also at a stage in life where I would prefer to do something more rewarding with my time, than peddle half-truths on behalf of a government I do not trust,” she wrote.

The timing of her departure, less than a week before the General Election, could hardly be more embarrassing for the Tories as they further undermine their election slogan “get Brexit done”.

Especially another top civil servant resigning and raising concerns about this government’s honesty yet again following leaks that Labour leader Jeremy Corbyn has revealed showing the PM has lied to the public about his Brexit deal.

Number 10 would not comment on the deeply embarrassing development just a week from the country going to the polls. A Foreign Office spokesman said: “We won’t comment on the detail of an individual’s resignation.”

The lead Brexit envoy in Washington quit, insisting she was no longer prepared to “peddle half-truths” on behalf of politicians she does not trust.

Alexandra Hall Hall’s damning resignation letter was sent earlier this week, but published by US news channel CNN on Friday in a move that will infuriate Boris Johnson, just days from a general election which has been characterised by his dishonesty and whether the public can trust his “get Brexit done” soundbite.

Chillingly, the resignation letter warned of growing demands on civil servants to not be “fully honest” with the British public.

And it adds to concerns about honesty that have come out of leaked internal government documents with which Labour Party leader Jeremy Corbyn revealed that Boris Johnson was “deliberately misleading” about not damaging the United Kingdom’s integrity and the Northern Irish economy with a border that means checks on the flow of goods.

The government’s own internal documents proves there would be customs checks between Great Britain and Northern Ireland after Brexit, something Johnson has repeatedly claimed would not happen, as it breaks all his previous pledges to the people of Northern Ireland.

Watch Boris Johnson just last month promise Conservatives in Northern Ireland “unfettered access” to the rest of Britain – a promise these documents reveal is a lie:

Alexandra Hall Hall’s no-holds-barred letter is an unqualified disaster for Boris Johnson, struggling to convince the country of his honesty while dodging the scrutiny of debates, interviews and even the democratic tradition of his own constituency hustings.

The lead Brexit diplomat in Washington, wrote of her disgust that Britain’s civil service was increasingly being asked to deliver messages on Brexit which were not “fully honest.”

The government’s inability tone straight with the public about Brexit was undermining the UK’s credibility abroad, she wrote.

“I have been increasingly dismayed by the way in which our political leaders have tried to deliver Brexit, with reluctance to address honestly, even with our own citizens, the challenges and trade-offs which Brexit involves; the use of misleading or disingenuous arguments about the implications of the various options before us; and some behaviour towards our institutions, which, were it happening in another country, we would almost certainly as diplomats have received instructions to register our concern,” she wrote in her resignation letter.

Ms Hall Hall, a 33-year veteran of the Diplomatic Service and former ambassador to Georgia, said the actions of ministers at home were making it harder for British diplomats to uphold “core values” abroad.

“It makes our job to promote democracy and the rule of law that much harder, if we are not seen to be upholding these core values at home,” she added in the letter dated December 3. ”I am also at a stage in life where I would prefer to do something more rewarding with my time, than peddle half-truths on behalf of a government I do not trust.”

”I took this position with a sincere commitment, indeed passion, to do my part, to the very best of my abilities, to help achieve a successful outcome on Brexit,” she added, making clear her resignation had nothing to do with personal views on Brexit.

Though Alexandra Hall Hall did not refer to Boris Johnson or any of his colleagues by name, she also expressed concern about the toxic effects on the country of divisive rhetoric in politics.

Many politicians from all parties have expressed concern about the dangerous effects of the PM’s language.

Adviser Dominic Cummings, who led the Vote Leave campaign has been blamed for an escalation in such language.

The government has lost a number senior civil servants over its Brexit approach, including Sir Ivan Rogers, former ambassador to the EU, who last month accused Boris Johnson of “diplomatic amateurism dressed up domestically as boldness & decisiveness” and “repetition of exactly the syndrome we have suffered for the last three years.” He quit with a chilling warning that Boris Johnson would cause “biggest crisis of Brexit” in 2020.

Her letter, addressed to deputy ambassador Michael Tatham and dated December 3, was said to have been shared widely with colleagues in the diplomatic service.

She went on however: “Each person has to find their own level of comfort with this situation. Since I have no other element to my job except Brexit, I find my position has become unbearable personally, and untenable professionally.”

“They are failing to come clean on the fact that it is going to be nigh-on impossible to negotiate a new trade relationship by December 2020, meaning that the threat of a no-deal Brexit remains very much on the table,” he said.