Boris Johnson missing in action once again as governments in Europe apply the breaks. 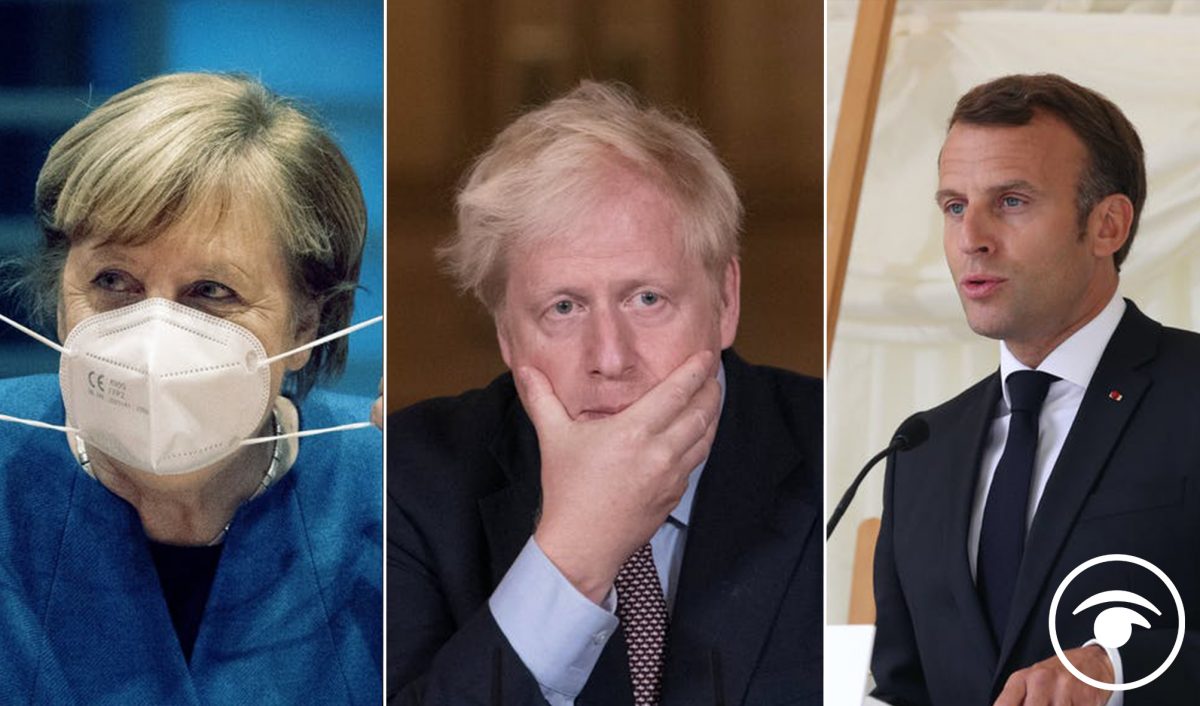 Germany and France have announced new lockdown restrictions as governments across Europe seek to stop the fast-rising tide of coronavirus cases that are beginning to fill hospitals.

German officials have agreed to a four-week shutdown of restaurants, bars, cinemas, theatres and other leisure facilities in a bid to curb a sharp rise in infections, Chancellor Angela Merkel has announced.

Mrs Merkel and the country’s 16 state governors, who are responsible for imposing and easing restrictions, agreed on the partial lockdown in a videoconference on Wednesday.

It is set to take effect on Monday and last until the end of November.

Mrs Merkel said: “We must act, and now, to avoid an acute national health emergency.”

In France, President Emmanuel Macron has announced a second national lockdown until at least the end of November.

Mr Macron said that under the new measures, starting on Friday, people would only be allowed to leave home for essential work or medical reasons.

Non-essential businesses, such as restaurants and bars, will close, but schools and factories will remain open.

In a televised address on Wednesday, Mr Macron said that France must now “brutally apply the brakes” to avoid being “submerged by the acceleration of the epidemic”.

But he made clear that public services and factories would remain open, adding that the economy “must not stop or collapse”.

Belgium, the Netherlands, most of Spain and the Czech Republic are seeing similarly high rates of infection, while Germany was still coloured in orange – indicating that the average number of new cases there is still under 120 per 100,000 over the last 14 days.

The Czech Health Ministry said the country’s day-to-day case increase hit a new record high of 15,663 on Tuesday – as many as Germany which has eight times the population.

The Czech government has further tightened its regulations, imposing a nationwide curfew between 9pm and 6am that started on Wednesday.

It previously limited free movement, closed shops, schools and restaurants, made it mandatory to wear face masks indoors and outdoors and banned sport competitions, but the number of infections has continued to rise.

Sweden, which avoided a national lockdown and generally imposed far lighter measures than other European countries, is now urging people to avoid shopping centres and shops and stay away from public transportation.

In England, the second wave of coronavirus has reached a “critical stage” with infections doubling approximately every nine days, experts have said.

Researchers say they are detecting early signs areas that previously had low rates of infection are following trends observed in the country’s worst-affected regions.

They add that there has to be change before Christmas, and if more stringent measures are to be implemented, it needs to be sooner rather than later as the current measures are “not sufficient”.

The interim data from round six of the React study uses data and swab results from 86,000 people between October 16-25, and estimates there are around 96,000 new infections per day.

According to the study, the overall prevalence of infection in the community in England was 1.28 per cent – or 128 people per 10,000, up from 60 per 10,000 in the previous round which took place between September 18 and October 5.

Infections were doubling every nine days with a national reproduction number (R) estimated at 1.56, compared to 1.16 in the previous round, according to the Imperial College London study.