Campaigners descended on the capital ahead of a night of events. 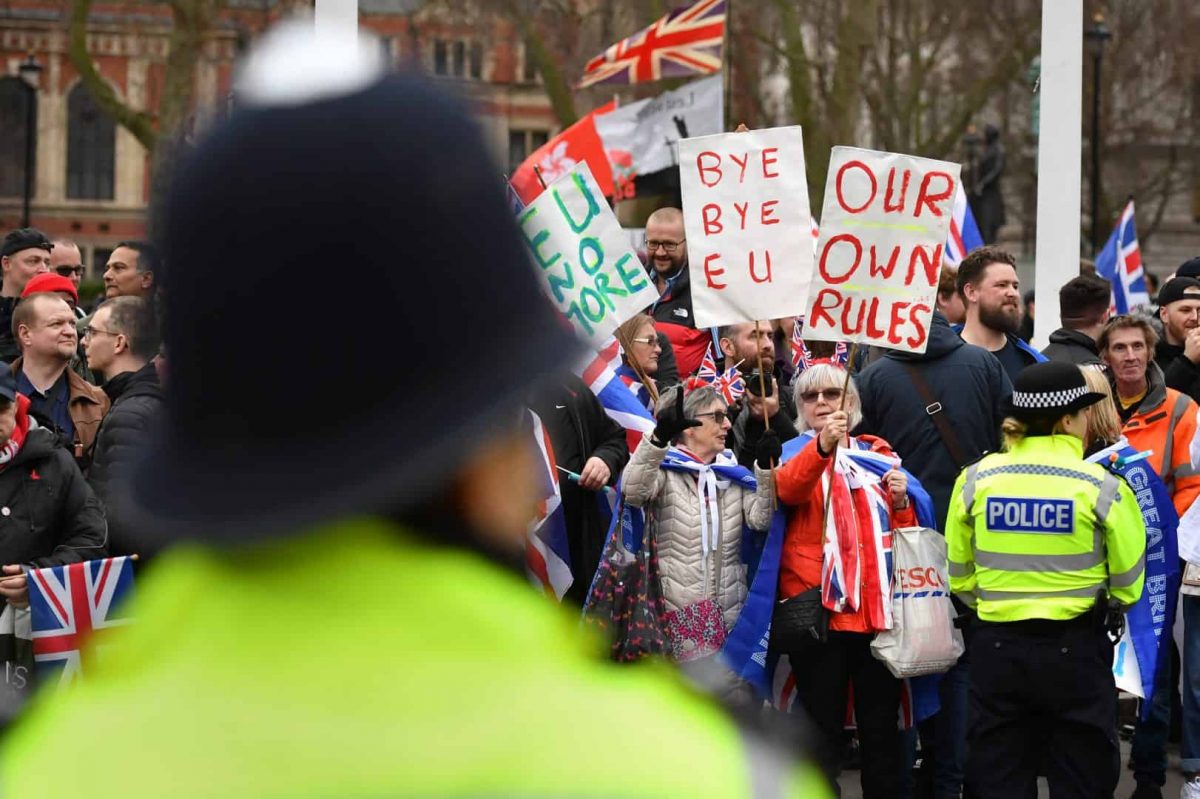 “Bye Bye EU” and “Our Own Rules” were among the placards at Brexit celebrations today.

Union Jack flags and face paint were in abundance in the capital, where campaigners gathered ahead of a night of activities.

As Prime Minister Boris Johnson hails the “dawn of a new era”, Nigel Farage will lead the celebrations with a rally in central London on Friday evening.

Wetherspoons boss Tim Martin and Brexit Party chairman Richard Tice are also expected to speak at the rally, which takes place between 9pm and 11.15pm.

While Big Ben will remain silent, despite a high-profile campaign fuelled by Mr Johnson for repair works to be halted, the gathered crowds will count down to 11pm before rounding off the celebrations with the national anthem.

Earlier in the day at Parliament Square, the civil rights group New Europeans is to host a discussion about the rights of EU citizens in the UK.

This will be followed by a candlelit vigil outside Europe House on Smith Square, Westminster, in the evening.

The Government is to mark the event with a “commemorative light display” in Downing Street just before 11pm, with a countdown clock projected on to its black bricks from 10pm.

Union Jack flags will line Parliament Square and The Mall, while Government buildings in Whitehall will be lit up in red, white and blue colours throughout the evening.

Outside the capital, the Sedgley Working Men’s Club in Dudley, West Midlands, is hosting an “Independence Day Disco” from 7pm, with guests invited to wear “English fancy dress”.

In Scotland, the Edinburgh Yes Hub is hosting a “Missing EU already” rally outside the Scottish Parliament Building between 5pm and 7pm.

And in Northern Ireland, the campaign group Border Communities Against Brexit is to stage a series of protests in Armagh, near to the border with the Republic of Ireland.

Related: Why immigration levels won’t change much after Brexit